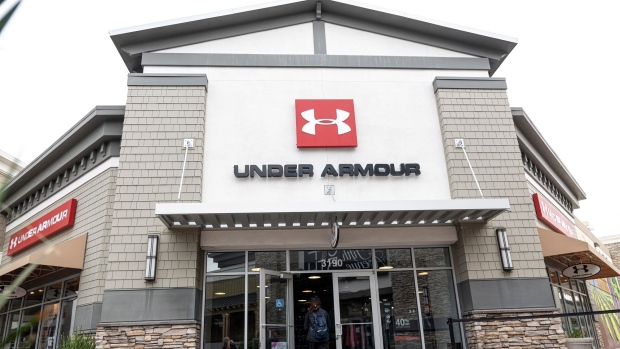 A shopper enters an Under Armour store in Livermore, California, U.S., on Tuesday, Feb. 9, 2021. Under Armour Inc. is scheduled to release earnings figures on February 10. Photographer: David Paul Morris/Bloomberg , Bloomberg

Under Armour Inc. will pay a US$9 million fine after a U.S. regulator said the sports apparel company booked revenues earlier than it should have because it was at risk of missing analyst estimates.

Starting in the third quarter of 2015, Under Armour pulled forward US$408 million in existing orders that customers had requested be shipped later on, the Securities and Exchange Commission said in a Monday statement. Baltimore-based Under Armour attributed the growth to other factors without disclosing to investors that its actions raised significant questions as to whether the company could meet analysts’ future revenue estimates.

“Under Armour created a misleading picture of the drivers of its financial results and concealed known uncertainties concerning its business,” said Kurt Gottschall, head of the SEC’s Denver office.

The company agreed to settle the SEC’s claims that it failed to disclose material information to investors without admitting or denying the agency’s findings.

In a statement, Under Armour said the SEC has confirmed that no member of management, including Chairman and Founder Kevin Plank, will face an enforcement action as a result of the agency’s investigation.

“This settlement relates to the company’s disclosures and does not include any allegations from the SEC that sales during these periods did not comply with generally accepted accounting principles,” Under Armour said in its statement.

Under Armour added that while the Justice Department had previously requested documents from the company, that agency hasn’t sought any information since the second quarter of 2020.