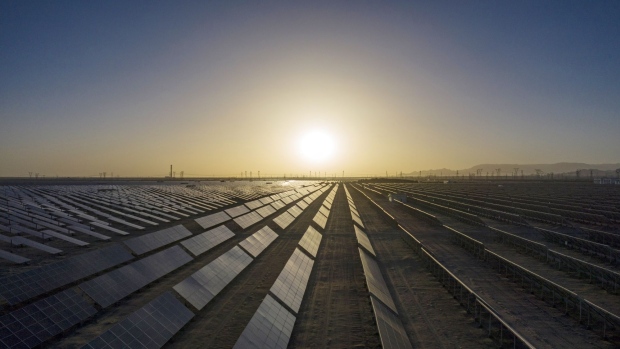 (Bloomberg) -- India’s Zetwerk Pvt, which connects companies with manufacturing partners and suppliers, is acquiring US startup Unimacts to expand in renewable-energy products.

Unimacts helps solar and wind energy businesses source components from countries such as India, Vietnam and Mexico. The acquisition values Unimacts at $39 million, Bangalore-based Zetwerk said in a statement Wednesday.

The acquisition is Zetwerk’s fourth in recent months, adding to purchases in the oil and gas, aerospace and defense industries. The deal gives Zetwerk access to Unimacts’s supplier base and expertise in renewables product design and logistics, and allows customers to reach suppliers beyond China.

“The world order is changing in renewables,” Amrit Acharya, Zetwerk’s co-founder and chief executive officer, said in a video interview. “Manufacturing of products like solar modules and trackers was 100% concentrated in China, and this supply chain will move away to India and other countries, mimicking the trend in electronics manufacturing.”

Washington’s trade restrictions on China is prompting companies to source components from other countries, a potential boon to Unimacts. Meanwhile, the recent US bipartisan infrastructure bill will boost growth in solar and wind energy sectors, Unimacts CEO Matthew Arnold said in the statement.

Zetwerk, backed by Sequoia Capital and Lightspeed Venture Partners, was valued at $2.7 billion in a funding round last year. Its software matches companies with manufacturing partners and suppliers, allowing project managers to monitor the process from purchase order to delivery.

The company is in a select club of profitable startups among the hundred-plus unicorns in India. It said its revenue is set to top $1 billion in the year through March after jumping to $670 million from $110 million during the previous fiscal year. About 15% of the revenue comes from outside India, a proportion that is growing steadily, Acharya said.