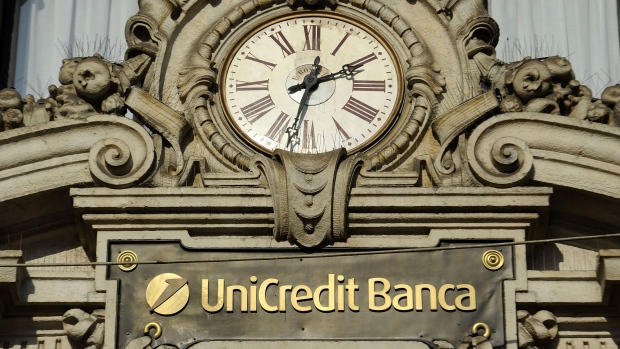 Negotiations have been hampered in recent days by differences over how much the Italian Treasury would contribute to a deal and over what Monte Paschi units will be included, according to people with knowledge of the matter, who asked not to be identified because the talks are private.

Representatives for UniCredit and the Treasury declined to comment on the talks. Reuters reported earlier on Saturday that talks may be called off altogether.

Negotiations have become more tense ahead of a deadline next week to announce an agreement in principle for the sale, the people said. Meetings to discuss a capital increase that is central to do the deal -- initially planned for Friday -- haven’t been rescheduled yet, one of the people said. However, the Italian government is still confident a final agreement can be reached, separate people familiar said.

UniCredit’s Chief Executive Officer Andrea Orcel and Draghi’s government have been haggling for months over the terms of a complex deal that involved breaking Monte Paschi up and the state taking a stake in Milan-based UniCredit.

At the start of the talks, the capital injection needed to close a deal was estimated at 2.5 billion euros ($2.9 billion). UniCredit executives have since pushed for more than 7 billion euros, while the Treasury is seeking to inject about 5 billion euros.

(Updates with details, comments, and Treasury position from third paragraph.)