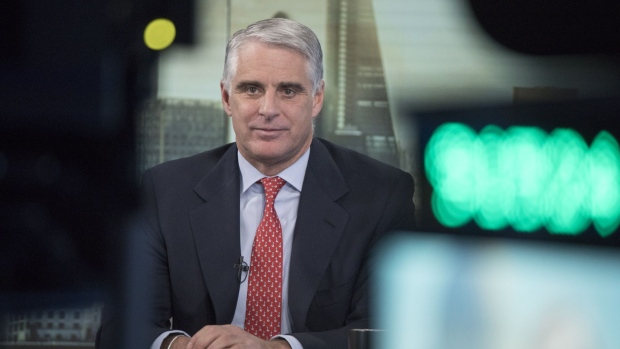 (Bloomberg) -- UniCredit SpA Chief Executive Officer Andrea Orcel reshuffled the bank’s management, removing a layer of hierarchy and cutting back on the bank’s co-head structure in his first major action in the new role.

In a bid to increase accountability, Orcel created a new group executive committee of 15 members to replace the 27-member executive management committee, the Milan based bank said in a statement on Tuesday. Italy, Germany, Central Europe and Eastern Europe will now form key geographic areas directly reporting to the CEO, while the corporate and investment banking division will serve all geographies.

“When I began as CEO of UniCredit, I promised that one of my first priorities would be to reduce complexity and simplify UniCredit’s structure,” Orcel said in the statement. “Today, you can see the first steps in delivering on that promise: streamlining our business, clarifying key roles, and improving accountability so that we can better deliver for all our stakeholders.”

Orcel has been tasked with laying out a strategy for growth after doubts over the bank’s direction helped prompt the exit of his predecessor Jean Pierre Mustier, who had cleaned up the bank and made it leaner. UniCredit earlier this month joined European peers in posting a stronger-than-expected first quarter amid a surge in trading and lower provisions for bad loans.

As part of the organizational changes, Orcel also removed the co-head system implemented by Mustier, appointing Niccolo Ubertalli as head of Italy and Ranieri de Marchis as Group Operating Officer. Stefano Porro was confirmed in his role of CFO and Richard Burton as head of corporate & investment banking.