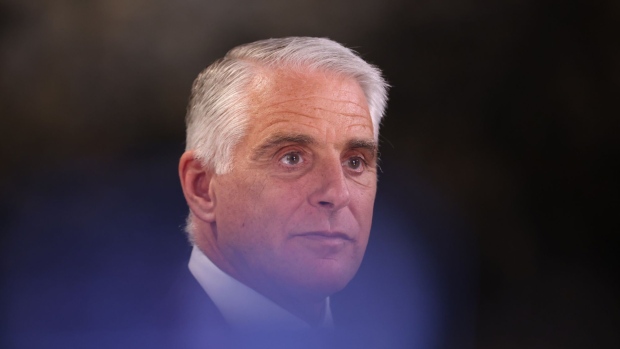 Andrea Orcel, chief executive officer of UniCredit SpA, during a Bloomberg Television interview in London, UK, on Thursday, May 12, 2022. With a presence in 13 countries including a big business in Germany, Orcel said UniCredit is "uniquely positioned" to take advantage of closer financial ties in the European Union. , Bloomberg

(Bloomberg) -- UniCredit SpA is looking to raise the pay of its Chief Executive Officer Andrea Orcel, after he said to colleagues that he wants a larger reward for turning round the Milan-based lender, according to a report published by the Financial Times.

The bank is trying to accommodate the expectations of the CEO and its investors, the newspaper said. It’s recently started a series of shareholder meetings ahead of its AGM in the spring; support for a pay rise for Orcel is higher than it was last year, after UniCredit’s shares outperformed those of its peers under his leadership, the FT reported.

Orcel last year received in total €6.7 million ($7.1 million) from UniCredit, including a €4.8 million sign-on bonus, according to the newspaper. The European Union’s rules state that his bonus be capped at twice his fixed pay of €2.5 million, it said.