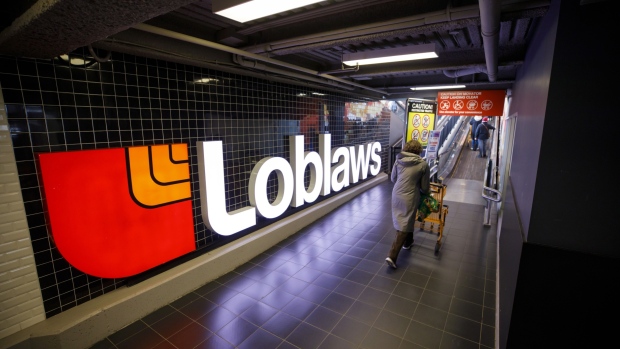 A shopper enters a Loblaw Cos. grocery store in Toronto. , Cole Burston/Bloomberg

AJAX, Ont. -- A contract dispute between unionized workers at Loblaws-owned Dominion stores in Newfoundland has been expanded to include pickets in two other provinces.

Unifor says it has set up secondary pickets at Loblaw distribution centres in Ajax, Ont., and Moncton, N.B., to bring attention to the dispute.

The union represents employees at 11 Dominion stores across Newfoundland, where about 1,400 workers have been on strike since late August in a dispute over wages.

Unifor has also filed a suit against the Royal Newfoundland Constabulary, the province's police force, for removing a secondary picket at a Weston bakery in Mount Pearl, NL.

Unifor announced the two new secondary pickets in Ontario and New Brunswick on Tuesday after the N.L. labour minister appointed Wayne Fowler as mediator of the main dispute.

The Dominion stores in Newfoundland are part of Canada's largest grocery business, Loblaw Co. Ltd., which in turn is the main subsidiary of George Weston Ltd. of Toronto.