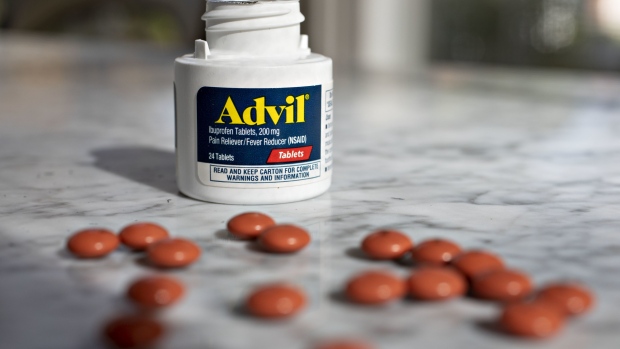 (Bloomberg) -- Unilever Plc has held talks with banks about additional financing for a potential sweetened offer for GlaxoSmithKline Plc’s consumer products division, according to people familiar with the matter.

Some financial firms have discussed lending enough for a bid higher than 50 billion pounds ($68 billion) -- the latest of three offers Glaxo has rejected for a bundle of brands including Advil painkiller and Sensodyne toothpaste.

Unilever hasn’t made a final decision on using the firepower, said the people, who requested anonymity as they aren’t allowed to speak publicly. The owner of Ben & Jerry’s ice cream and Dove soap could eventually sell some non-core assets from the Glaxo portfolio to buyers including private equity firms, which could help fund an acquisition, the people said.

Glaxo over the weekend said it had rejected Unilever’s offers as too low after the U.K. consumer-products company confirmed its approach. The drugmaker said it’s sticking with plans to spin off the portfolio of brands.

Glaxo’s board is open to proposals but the latest bid late last year was not within a range the company would consider, the people said. The pharma giant talked up growth prospects for the unit, formed through a combination of its consumer labels with those of Pfizer Inc., which retains a minority stake.

A takeover would be one of the largest globally in the past twelve months, and would come at a time when merger and acquisition activity is at an all-time high. It would also be Unilever’s biggest-ever deal, advancing Chief Executive Officer Alan Jope’s ambition to execute bigger and bolder acquisitions to reshape the company’s roster of labels.

Shortly after taking the helm in 2019, Jope signaled that the company was ready to progress past the tamer takeover strategy of former CEO Paul Polman, who had focused on incremental deals in fast-growing sectors such as male grooming and home care.

Jope’s three-year tenure has been mired in distractions and misfires that have held back the company’s stock. Fundsmith founder Terry Smith, one of Unilever’s top 15 shareholders, last week said the company had “lost the plot” with a focus on burnishing its sustainability credentials at the expense of financial performance.

Last year’s decision by Ben & Jerry’s to stop selling ice cream in Israeli settlements in the occupied Palestinian territories prompted several U.S. states to divest their stakes in Unilever. A planned sale of personal-care brands including Q-Tips and Tigi hair products was shelved in 2021 after failing to drum up interest. The company also had to settle for a sale of its tea operations to private-equity firm CVC Capital Partners after talking up prospects for an initial public offering.

Some of Unilever’s woes have been outside of Jope’s control. In his first year as CEO, he warned that sales growth would fall short of expectations because of economic setbacks in Latin America. In 2020, the Covid-19 pandemic generated strong demand for the company’s soaps but dented revenue at its food-service division. Unilever now faces the risk of consumers defecting to discounted labels as it raises prices to counter inflation.

The shares are trading at a lower level than in 2017, when Polman rejected an unsolicited $143 billion offer from Kraft Heinz Co. Although Jope consolidated Unilever in the U.K., ending a cumbersome Anglo-Dutch legal structure in an effort to facilitate more transformational deals, his first public attempt at a high-profile takeover has so far come up short.

Glaxo is also under pressure from shareholders, including activist fund Elliott Investment Management LP, which has urged the drugmaker to consider a sale rather than a spinoff of the consumer brands. The pharma company has trailed rivals such as AstraZeneca Plc in developing new treatments.

Glaxo has said it expects sales at the business to increase by 4% to 6% in the medium term, which is faster than the growth rate at Unilever’s personal care division. With Jope’s interest now out in the open, other bidders could emerge.

Guiseppe Bivona, co-founder of Bluebell Partners, an activist hedge fund with a stake in Glaxo, called Unilever’s bid “encouraging.” “It’s a great asset and there should be broad interest in it,” he said.