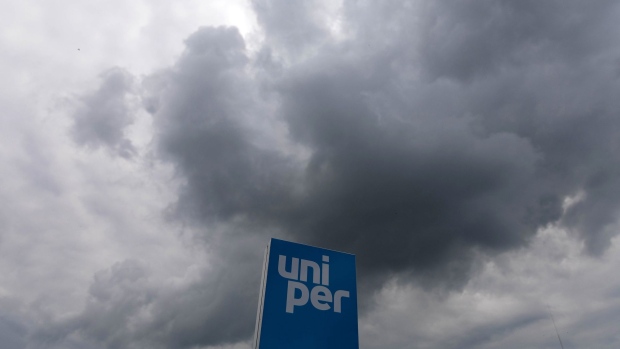 (Bloomberg) -- German gas giant Uniper SE is in talks with the government over a potential bailout package of as much as 9 billion euros, ($9.4 billion) according to a person familiar with the situation.

The government is looking at applying a set of measures, including loans, taking an equity stake and passing part of the surging costs onto customers, said two people familiar with the talks.

The Finance Ministry and Uniper declined to comment. The company, which is one of the biggest importers of Russian gas, said last week it was in talks with the government to secure liquidity. Its shares sank 28% on Monday.

Germany, which has built its economic model on cheap Russian gas, is wrestling with a squeeze in supplies and surging fuel prices as Moscow punishes Europe for its support for Ukraine. German Economy Minister Robert Habeck has warned that the gas crunch risks triggering a collapse in the market, similar to the role of Lehman Brothers in the financial crisis.

The government is also preparing legislation that would enable the state to inject capital and take a stake in struggling energy companies, according to two people familiar with the situation. It will also allow for customers to shoulder more of the cost of rising gas prices. The Cabinet is set to approve the bill this week.

The Economy Ministry also declined to comment. Chancellor Olaf Scholz signaled at the weekend the government could use bailout tools created during the pandemic to rescue Lufthansa in the current crisis.