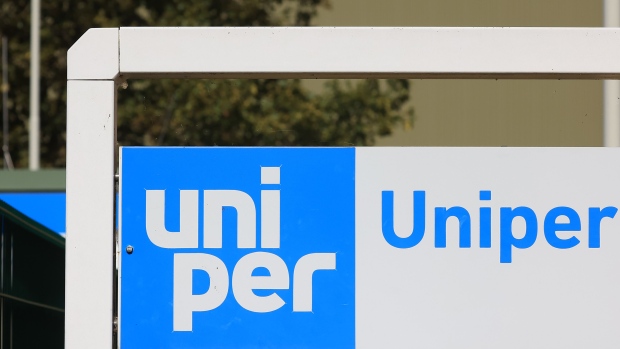 Signage for Uniper SE outside the company's Kirchmoeser natural gas power plant in Brandenburg, Germany, on Wednesday, Sept. 21, 2022. Germany will nationalize Uniper in a historic move to rescue the country's largest gas importer and avert a collapse of the energy sector in Europe's biggest economy. Photographer: Krisztian Bocsi/Bloomberg , Bloomberg

The 415-megawatt Irsching 3 unit will return as a back-up facility from February until the end of 2023 to strengthen security of supply in the south of country and to “avoid critical situations in the grid,” Uniper said in a statement Tuesday. Earlier this year, the company brought back two coal-fired power plants.

Germany has been bringing its more polluting power generators out of reserve, and extending the life of some nuclear reactors, as part of plans to ensure stable energy supplies this winter and next. Even with gas storage sites almost full, the nation needs to have all power sources available to get through the heating season without shortages, according to Germany’s grid operator.

German month-ahead power prices rose 12% to the highest in almost a month, buoyed by forecasts for lower temperatures after weeks of mild weather. Prices for the futures are about four times higher than normal levels for this time of year.

Irsching 3, commissioned in 1974, will serve as a back-up for the rest of Uniper’s power fleet, the company said. Decommissioning will still take place at the end of 2023.