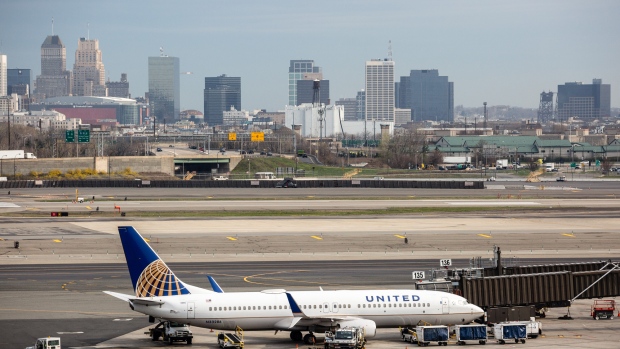 A United Continental Holdings Inc. airplane sits outside the company's terminal at Newark Liberty International Airport (EWR) in Newark, New Jersey, U.S., on Wednesday, April 12, 2017. United Airlines is under fire for forcibly removing a passenger from a plane in Chicago shortly before departure to make room for company employees, an incident which demonstrates how airline bumping can quickly veer into confrontation. , Bloomberg

United Continental Holdings Inc. will stop publishing charts showing the miles needed to obtain tickets through its frequent flyer program, allowing for a wider -- and more expensive -- range of prices.

“Customers who can be flexible with their travel day and/or time will benefit significantly from this move to lower prices,” United said by email Friday. “For the busiest travel times of the year when demand is highest, there may be higher award prices than what people see today.”

United also said it will scrap booking fees of US$25 to US$75 for award tickets obtained less than 21 days before flight. The fees had varied based on the member’s elite status within the program, known as MileagePlus.

The Chicago-based airline said it won’t increase any award prices before Nov. 15 and will begin depositing miles accrued from travel immediately in travelers’ accounts, down from the previous 48 hours after a flight. The world’s largest airline, American Airlines Group Inc., still uses fixed award tables.