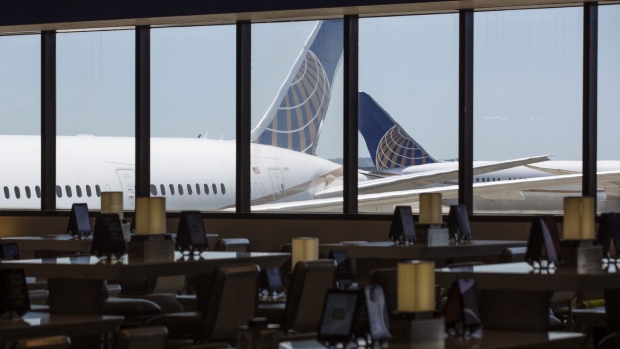 United Airlines Holdings Inc.’s pilots agreed to accept lower minimum pay guarantees to prevent almost 4,000 of their members from being put on furlough.

The pact with United won 58 per cent support in a vote by union membership, the Air Lines Pilots Association said Monday. The airline had sought to cut costs while avoiding pilot layoffs because of the expense and training involved in calling them back to work when travel demand rebounds.

“Our members understood that in order to protect pilot jobs, we needed to approve this agreement,” said Todd Insler, chairman of the United ALPA Master Executive Council, who also sits on the carrier’s board.

The deal reduces the number of United employees whose jobs are at risk with federal payroll aid to U.S. airlines set to expire this week. United said it is currently planning to lay off almost 12,000 workers in October unless Congress provides additional assistance beyond the US$25 billion in wage support approved in March. United’s deal with ALPA would be delayed if lawmakers vote for a second aid package.

United jumped 5.4 per cent to US$36.05 at 2:27 p.m. in New York amid a broad market rally. The shares tumbled 61 per cent this year through last week, the worst drop on a Standard & Poor’s index of major U.S. airlines.

Under ALPA’s agreement with United, company pilots will fly less and earn less in order to keep all 13,000 aviators on the payroll. Pilots will remain in their existing aircraft type and retain their rank as captain or first officer. United had planned to furlough 2,850 pilots in November and about 1,050 in 2021.

The deal prevents any pilot furloughs until June and comes with a second early-separation program for United aviators who are 50 and older and have at least 10 years’ experience. It will also avoid a major displacement in which United had planned to transfer pilots to new aircraft types, which would have required a major training effort, among other changes.

The agreement will help the airline to respond quickly to any signs of recovery in customer demand, said Bryan Quigley, United’s senior vice president of flight operations.

“While we still face a difficult path to recovery, your support of this creative and unique agreement puts us in an unparalleled position of strength when demand recovers,” Quigley said in a memo to pilots.

Delta Air Lines Inc. and ALPA are still discussing measures to avoid more than 1,700 pilot job cuts at the company. Delta has agreed not to begin pilot furloughs before Nov. 1. American Airlines Group Inc. plans to furlough about 1,600 pilots in October.

About 7,000 United employees have accepted voluntary separation from the airline, executives said Monday.