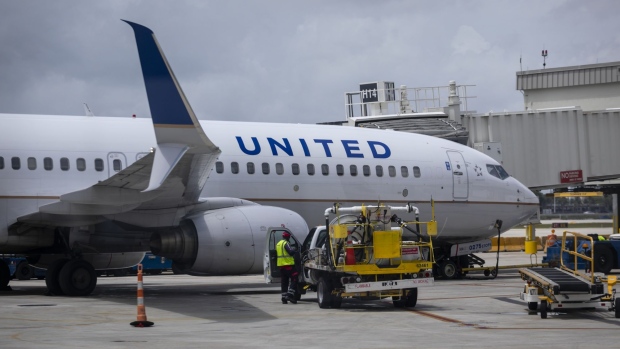 (Bloomberg) -- A federal judge barred United Airlines Holdings Inc. from placing unvaccinated workers with a religious or medical exemption on unpaid leave, as part of its mandatory Covid-19 vaccination program for employees.

U.S. District Judge Mark Pittman issued a 2-page temporary restraining order Tuesday, noting that the two sides in the dispute agreed last month that the airline would refrain for now from placing exempted workers on leave for failure to comply with the vaccine mandate. Without court action, which restrains United from carrying out the program until Oct. 26, Pittman said that agreement would expire before he can rule on whether an extended hold on the mandate is warranted.

That could force hundreds of workers to take a vaccination in violation of their religious beliefs or medical needs, or face indefinite unpaid leave, the judge said. He cautioned that he wasn’t ruling on the merits of the case but simply acting to avoid the risk of irreparable harm to the parties while he holds an Oct. 13 evidentiary hearing on the plaintiffs’ request for the longer freeze, a preliminary injunction.