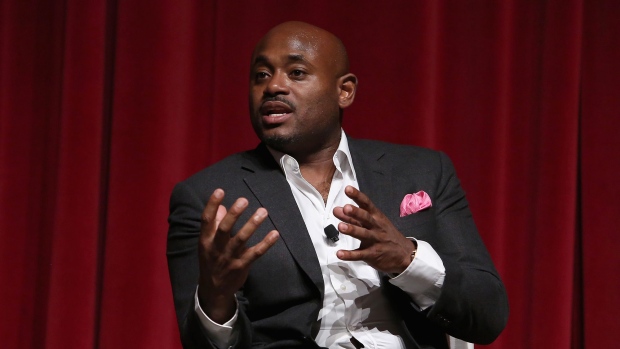 (Bloomberg) -- UnitedMasters, a U.S. music distributor, will allow artists to get paid in cryptocurrencies from Coinbase, the companies said Tuesday, giving a boost to digital currencies as a means of conducting routine business.

UnitedMasters, which has raised money fromApple Inc., Alphabet Inc. and Andreessen Horowitz, is one of the first in the industry to offer the service to its artists.

UnitedMasters has tried to differentiate itself from other music distributors by offering artists ownership of their music — and 100% of royalties in some cases. It just wants them to use its tools and services. Founder Steve Stoute, a longtime record executive, founded the company in 2017.

Stoute will no doubt use the deal as a way to market his company to artists interested in cryptocurrencies. Dozens of musicians have accepted cryptocurrency in exchange for nonfungible tokens, or NFTs. Grimes, a Canadian musician, sold digital art and Shawn Mendes sold digital wearables.

Paying artists in a volatile currency comes with risk. Artists may blame the UnitedMasters if the value of their royalties plummets because of a crash in a particular currency. But Stoute argued that any artist who wants to get paid in digital currencies is aware of the risk.

“My assumption is any artist who chooses to get paid in crypto will understand,” he said. “The yield can be beneficial.”