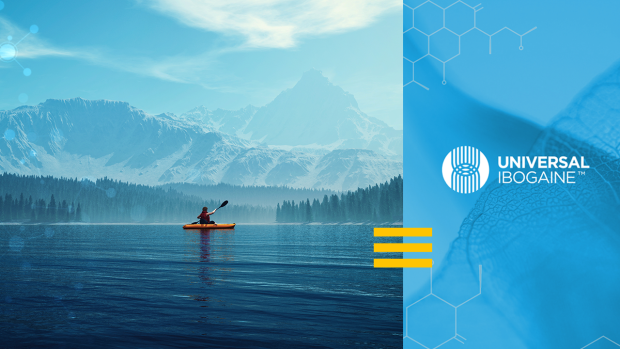 Freedom from addiction is possible.

According to the Canadian Mental Health Association, approximately six million Canadians will meet the criteria for addiction in their lifetime. The opioid crisis represents one of the most egregious forms of addiction, with 22,828 reported deaths in Canada across a five year period. The situation has only been exacerbated by the economic and emotional impact of the COVID-19 pandemic.

Beyond human suffering, there have also been significant financial costs tied to addressing the crisis. It is conservatively estimated that the lost labour productivity cost in Canada up to 2018 was $4.73 billion, without accounting for additional costs, such as healthcare.

Public acceptance of psychedelic-based treatments and demand for alternative solutions for opioid addiction have increased as traditional substitution methods have failed to contain the crisis.

While psychedelics like LSD and psilocybin mushrooms are the most well-known, the plant-based psychedelic, ibogaine, is gaining notoriety as well. Anecdotal evidence suggests that ibogaine works by rebuilding receptor sites and rewiring the brain’s regions associated with drug-seeking behavior. The results are powerful, and opioid detox could only be the beginning.

To put this into perspective, a research paper published in the Chronic Stress journal, titled, Psychedelic Treatment for Trauma-Related Psychological and Cognitive Impairment Among U.S. Special Operations Forces Veterans, found that, “Among 51 U.S. veterans who had taken ibogaine in Mexico from 2017 to 2019, there were ‘very large reductions’ in symptoms related to every domain they measured, including suicidal thoughts, PTSD, depression, anxiety and cognitive impairment.”

Ibogaine has historically been derived from a plant found in Western Central Africa called Tabernanthe Iboga. The iboga plant has been used in sacrament and rite of passage ceremonies for hundreds, possibly thousands of years by the Pygmy tribes and the modern Bwiti spiritual practice.

In the Western world, the use of ibogaine is beginning to gain traction in jurisdictions where it is unregulated. Very few companies exist in the space that are focusing on using ibogaine as a central component of mental health treatment. However, there is one Canadian company leveraging ibogaine’s potential — Universal Ibogaine Inc. (TSXV: IBO).

The company aims to build on the treatment protocol developed by company Co-Founder Dr. Alberto Sola to address the opioid crisis. Dr. Sola has administered more than 3,700 patients’ treatments with ibogaine at his Clear Sky Recovery clinic in Cancun, Mexico — more than any other doctor in the world.

Universal Ibogaine’s focus on opioid addiction stems from a current limited effectiveness of substitution treatments that replace illicit potent opioids with less potent opioids that can be monitored.

Unfortunately, the results of this method have not been sufficiently effective. As Dr. Rami Batal, CEO of Universal Ibogaine notes, “If you look at the relapse rate with substitution treatments, within a year, you might see nine out of ten patients relapse. And although every bit helps, and substitution therapy constitutes a good start in battling this complex illness, a success rate of 10 per cent clearly leaves much to be desired”

Universal Ibogaine is developing a holistic and involved care model, ultimately to be centered on ibogaine detox, which views and tackles addiction as the complex, chronic, disease that it is. Addiction is at least as complicated as for example diabetes, and the approach to treating it should be equally multi-modal and prolonged.

The company’s clinical approach will involve using ibogaine to disrupt addiction, eliminate cravings for several months, and create a window of clarity for patients in which multiple compatible and complimentary treatment modalities can be applied. The intent is to treat addiction by also addressing the underlying causes of addiction and concurrent mental and behavioral health disorders, such as depression and anxiety.

“Ibogaine presents a unique solution to addressing addiction. Although ibogaine has been shown to be effective as a standalone treatment, the best outcomes will likely require multi-modal approaches. These include other pharmacological agents and psychotherapy, such as cognitive behavioral training or dialectical behavior therapy. Moreover, treatment with ibogaine is best followed by proper rehabilitation and aftercare. So, the ability to use ibogaine and apply different modalities in a holistic and sustained manner is of great interest to us,” explains Dr. Batal.

Currently, the company is in the process of preparing a Clinical Trial Application to be submitted to Health Canada. The objective of the clinical development program is to prove the safety and efficacy of ibogaine. Ultimately, the company envisions developing a broad suite of medicines targeting multiple forms of addiction and concurrent mental health and behavioral disorders.  The Canadian trials will support similar endeavors in other developed countries around the world.

For investors in biotech, it is understood that clinical trials are integral to a company’s program. Outcome of these clinical trials usually represents the chief risk for investors. Universal Ibogaine has considerably reduced such risk by pursuing the development of the relatively well-studied ibogaine, and by relying on exclusive clinical data from the Clear Sky Clinic in Mexico, where thousands of patients with addiction have been treated safely and effectively for more than a decade.

The data derived from Clear Sky is one of the foundations of Universal Ibogaine’s submission to Health Canada. With treatment protocols already established, Universal Ibogaine has the potential to streamline the clinical development program and expeditiously bring their solutions to patients in Canada.

On September 2nd, the company announced the closing of its fully subscribed non-brokered private placement resulting in aggregate gross proceeds of $6 million. A portion of the proceeds were used to complete Universal Ibogaine’s acquisition of the Kelburn Clinic, which is the first step in an overarching plan for the company to establish suburban and rural recovery centres throughout Canada and beyond.

Beyond clinical trials in Canada and facility development, Universal Ibogaine is exploring the potential for addiction treatment implicating ibogaine and other psychedelics in international jurisdictions which authorize their use under specific medical regimen. Partnerships with Indigenous communities are also planned, as these communities have long understood the value of plant medicine and holistic treatment approaches for several ailments.

Universal Ibogaine recently listed its shares on the TSXV through an amalgamation with P Squared Renewables, a Capital Pool Company. It is trading under the symbol “IBO”.

The company’s decision to go public now represents an opportunity for investors to participate in the first TSXV-based company that is centered on ibogaine drug development and clinic operations.

When asked what differentiates Universal Ibogaine from large psychedelic players in the market like FieldTrip and Mindmed, Dr. Batal states that his company is focused on addiction.

“The companies mentioned are broad-based in terms of their interest in psychedelics. They focus on developing psychedelics and finding applications for them. We are disease focused. We want to address the problem of addiction, and while ibogaine is central to the approach, we are interested in implementing other modalities to manage and treat the disease.”

Investors Relations Manager Dugan Selkirk mentions that Universal Ibogaine represents a ground floor opportunity for investors. He explains, “larger psychedelic players have achieved substantial valuations. Universal Ibogaine, on the other hand, is in its pre-transformative stage. We believe that we have a strong runway ahead of us.”

He adds, “Ibogaine as a drug development platform, combined with a clinic delivery network, presents a compelling value creation opportunity.”

As it stands, Universal Ibogaine is the only public company focused on medicalizing ibogaine as a drug development platform to treat the root of addiction and its concurrent disorders.

With clinical data already in hand to inform clinical trials and a revenue generating facility acquired, the company is set to develop a wide range of treatments and expand to a global network of clinics. All this coupled with a favorable early-stage valuation makes Universal Ibogaine an enticing company for investors to watch.

Watch the company’s Market One Minute feature interview with company director, Chief Ian Campbell, to get his perspective on holistic treatments approaches and why it’s crucial for Universal Ibogaine to work with Health Canada and the First Nation Health Authority.

To learn more about Universal Ibogaine, visit their website here.