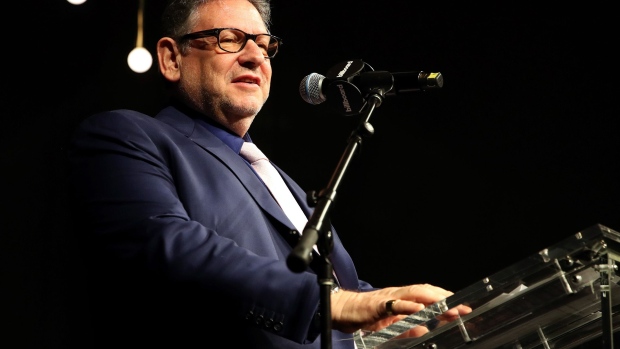 Lucian Grainge, chairman and chief executive officer of Universal Music Group Inc., has been hospitalized after testing positive for COVID-19, according to a person familiar with the matter.

Grainge, 60, is receiving care at UCLA Medical Center, said the person, who asked not to be identified because the situation hasn’t been publicly disclosed.

A representative for Universal Music didn’t immediately respond to a request for comment. Apple declined to comment.

Grainge joined Universal more than 30 years ago and has been chairman and CEO since 2011. He is widely considered the most powerful record executive in the industry.

Universal’s parent company, Vivendi SA, is in the early stages of planning an initial public offering for the music business.

Universal has benefited from a music-industry resurgence, fueled by the growth of streaming. It also has churned out hits from Billie Eilish, Post Malone, Taylor Swift and Ariana Grande.