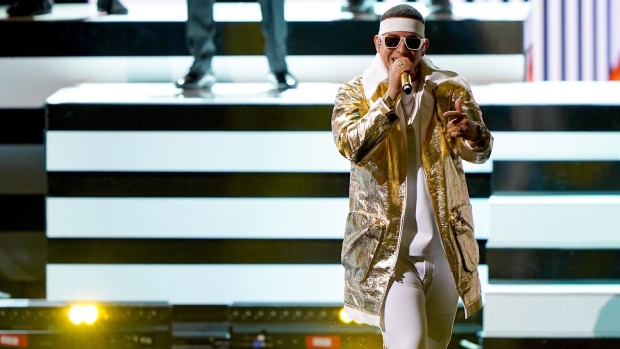 (Bloomberg) -- Universal Music Group BV shares soared in their stock market debut as investors seized the chance to own the dominant player in a resurgent music industry.

Spun off from French media company Vivendi SE, UMG hit the Amsterdam stock market with a value of 45.4 billion euros ($53.2 billion). The listing comes days after the U.S. recorded music sector reported strong sales growth driven by a surge in streaming audiences on platforms such as Spotify and Apple Music during the pandemic.

UMG is seen by analysts as the overwhelming winner in new markets because it produces more stars and hit songs than its rivals, Sony Music Entertainment and Warner Music Group. UMG controls about 40% of the industry and that success helps it to lure the next generation of talent. Nine of the top 10 selling musicians worldwide last year were UMG artists, according to global industry body IFPI.

While streaming is showing signs of peaking in some markets -- and many artists are still reeling from the hit to touring income caused by the pandemic -- analysts have been ratcheting up their valuations of the company behind Taylor Swift, Kendrick Lamar, Elton John and the Beatles to take account of new revenue streams from e-commerce, video games and fitness apps.

The spinoff will also result in a bumper windfall for Lucian Grainge, UMG’s chief executive officer, who could receive over $150 million following the deal.

The challenge for UMG will be to keep its pole position when a new generation of smaller, digital-focused competitors are trying to draw artists away from the majors by giving them more control and more choice on which label services to use. UMG has ratcheted up spending on new musicians and songwriters in the past two years as that competitive environment inflates talent costs.

“As hit music continues to see its market value spiral ever-upwards, the majors become ever-more competitive with each other and with newer industry upstarts like Hipgnosis to sign and own the rights,” said Tim Ingham, founder of music industry news and analysis site Music Business Worldwide.

UMG, Sony and Warner have responded to the competitive threat by letting musicians pick and choose the label services they want -- while still allowing them to benefit from the majors’ powerful global marketing and distribution machines.

UMG’s “recent capital markets day underlined its powerful position in the industry and highlighted strong current growth trends,” Morgan Stanley analysts wrote in a research note this month. The firm is advising Vivendi on the spinoff.

Vivendi spun off 60% of UMG to its stockholders -- giving them one share of the music business for each Vivendi share held -- and is retaining a 10% stake.

Bill Ackman’s Pershing Square Capital Management LP hedge fund bought 10% of UMG from Vivendi over the past couple of months, and a consortium led by China’s Tencent Holdings Ltd. owns the remaining 20%.

Vivendi and its controlling shareholder, billionaire Vincent Bollore, have taken a hands-off approach to its most lucrative asset, leaving Grainge and his executive team in charge of major decision making.

For that reason, analysts don’t expect UMG’s transition to publicly listed status to lead to any immediate change in strategy, or the way that Grainge runs the business.

Music has made a dramatic recovery from the start of the century, when the internet killed the market for CDs.

The labels still have work to do to get tech startups and social media companies to license music and take down tracks they haven’t paid for.

But streaming is making the business more predictable thanks to the reams of data they can harvest on audience tastes from social media and platforms like Spotify and Apple Music.

“Much rarer are the occasions when a major label would risk a $10 million advance on an artist whose record then flops, and who then walks away from the deal leaving the major millions of dollars in debt,” said Ingham.