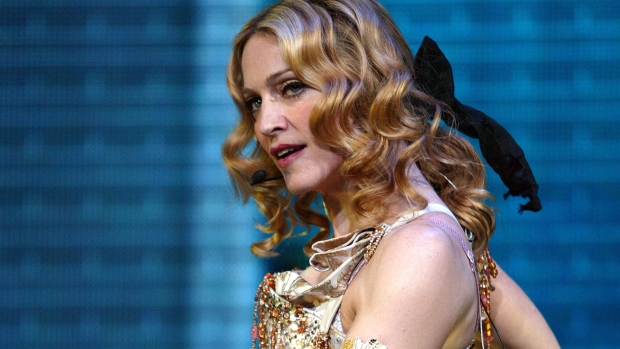 (Bloomberg) -- Comcast Corp.’s Universal Pictures is developing a new film based on the life of Madonna, after movies about other popular musicians, including Freddie Mercury and Elton John, became box-office hits and won critical acclaim.

The film will be co-written and directed by Madonna, one of the best-selling musicians of all time, who dominated pop music in the 1980s. Diablo Cody, who won an Oscar in 2008 for writing “Juno,” will co-write the film, and former Sony Pictures Chairman Amy Pascal will produce it.

“The focus of this film will always be music,” Madonna said in a statement. “It’s essential to share the roller coaster ride of my life with my voice and vision.”

Biographical pictures about musicians have been among the most popular movies in recent years. “Bohemian Rhapsody,” a 2018 film about Mercury and the British band Queen, generated almost $1 billion in ticket sales against a $50 million budget, while the Elton John biopic “Rocketman” won the Oscar for best original song earlier in 2020. A music biopic based on the life of David Bowie, called “Stardust,” was acquired in August by IFC Films and is expected to come out at the end of the year.

The Madonna film will focus on her musical career, as well as her broader “unvarnished story,” Donna Langley, chairman of Universal Filmed Entertainment Group, said in the statement.