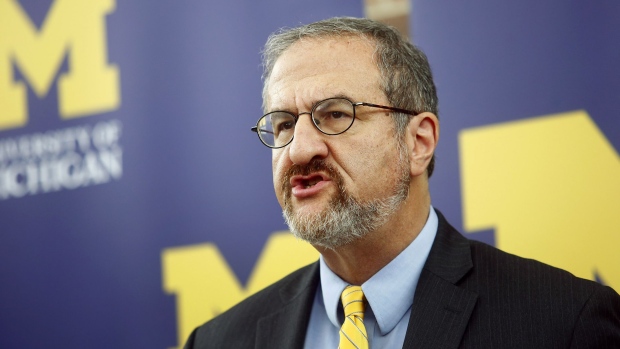 (Bloomberg) -- The University of Michigan fired President Mark Schlissel after the Board of Regents discovered he had been in a “inappropriate relationship” with a university employee.

Schlissel, 64, was told of his termination in a letter from the board dated Jan. 15, in which they said he used his university email to communicate extensively with the subordinate using “inappropriate tone and inappropriate language.”

The Big Ten institution added that Schissel’s actions were “inconsistent with promoting the dignity and reputation of the university.”

Mary Sue Coleman, 78, who was president of the university from 2002 to 2014 and was succeeded by Schlissel, has been named interim president.

The process to find a new president, which was due to start this year ahead of Schlissel’s planned departure in 2023, will now be accelerated.

In its letter, the board of regents at the Ann Arbor, Michigan, university said it learned of an “alleged sexual affair” between Schlissel and a subordinate in an anonymous complaint.

The board released dozens of Schlissel’s email and text communications with the employee, who wasn’t identified, in what it called “the interest of full public disclosure.”