Stock markets may have become too pessimistic about corporate earnings despite the gloomy outlook for the global economy, according to Sanford C. Bernstein strategists.

“While the probability of an outright recession has likely increased in recent days as it has become apparent that the Federal Reserve needs to act more aggressively to tackle inflation, it seems reasonable to expect that earnings need to be cut,” strategists Sarah McCarthy and Mark Diver wrote in a note. “However it is possible that the market has overshot the extent of this.”

Both US and European stocks have been roiled in the past few weeks, with the S&P 500 Index falling into a bear market, as investors brace for what is likely to be the biggest Federal Reserve rate hike since 1994 to tame stubbornly high inflation. But while fears of stagflation are growing, analysts’ earnings estimates have so far provided a bright spot, particularly in Europe. 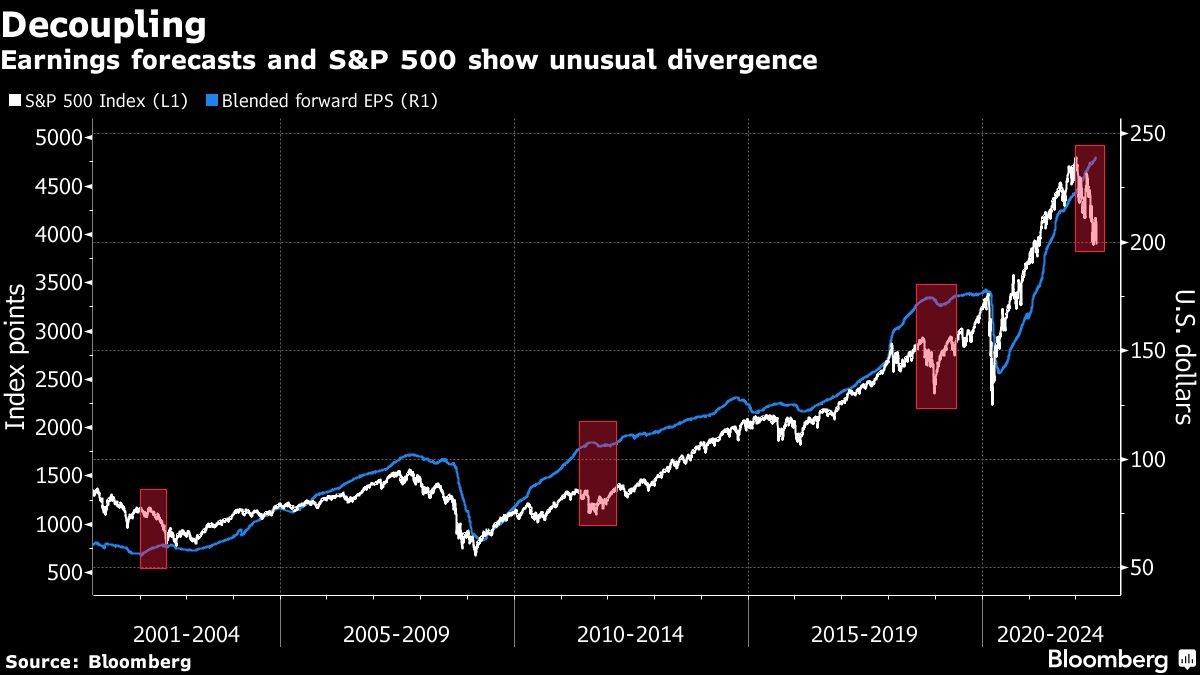 Citigroup Inc.’s Earnings Revisions Index, which tracks the relative number of earnings upgrades versus downgrades, is still showing positive revisions dominating in Europe. And although global and US revisions are negative, the pace of declines has slowed in the past four weeks.

According to Bernstein strategists, only twice in the past three decades have earnings growth forecasts stayed positive while stock markets slumped: in 2002 and 2011. But while forecasts did subsequently moderate, they also recovered quickly, they wrote.

“Analyst behavior may not be as irrational as it first appears,” the Bernstein strategists said. 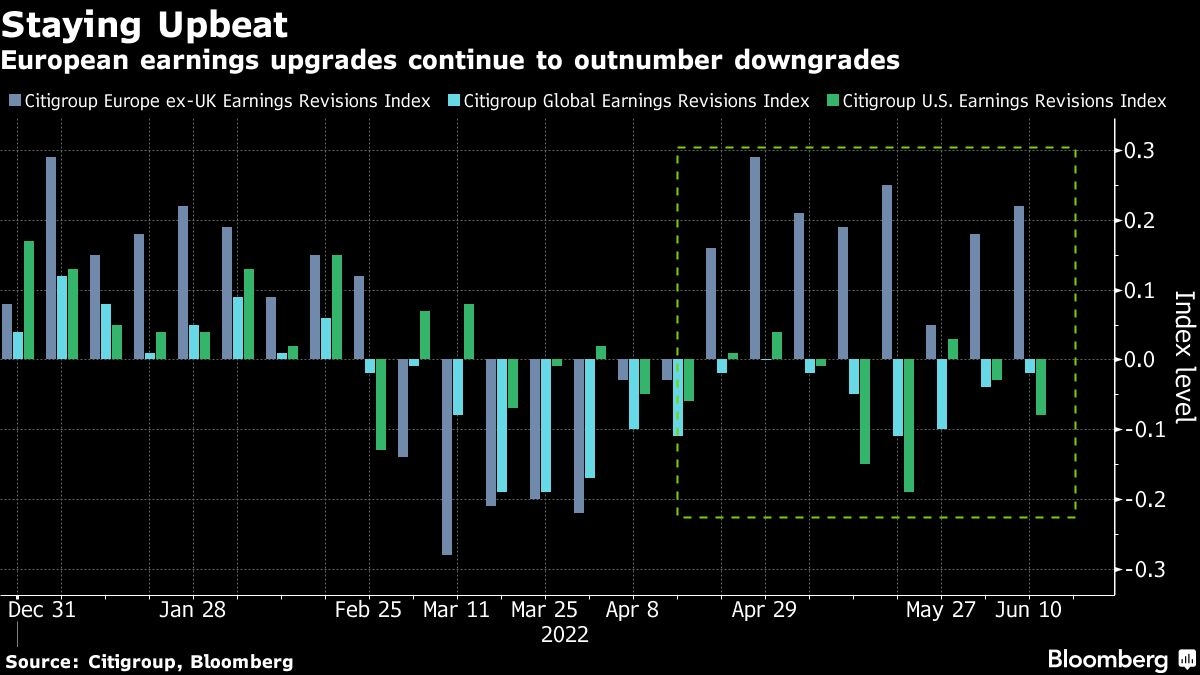 Still, strategists more broadly are divided both on the outlook for stocks as well as earnings. Those at Deutsche Bank AG cut their forecasts for S&P 500 earnings per share in a note dated Tuesday, saying estimates are currently too high and vulnerable to downgrades.