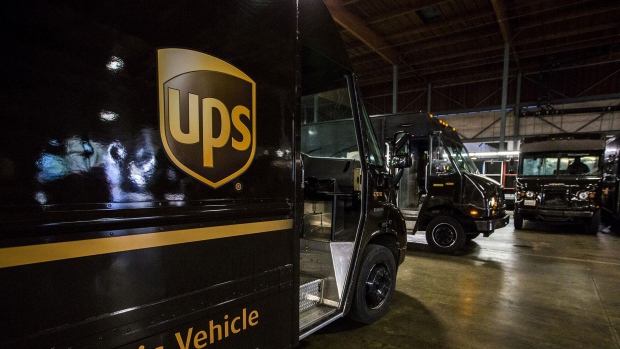 United Parcel Service Inc. said it will hire more than 100,000 seasonal workers to help handle an expected avalanche of holiday packages from online orders this year as shoppers avoid stores during the coronavirus pandemic.

The holiday hires, a slight increase from last year, will be on top of the thousands of workers the courier already has added to keep up with a surge in package demand. During the second quarter alone, UPS brought in 39,000 workers at its U.S. unit, which saw package volume surge by 23% from a year earlier. UPS estimated it hired about 100,000 holiday-season workers last year.

“We’re preparing for a record peak holiday season,” Chief Human Resources Officer Charlene Thomas said in a statement. “The COVID-19 pandemic has made our services more important than ever.”

UPS, FedEx Corp. and other couriers have been inundated with residential demand since the virus took hold in the U.S., while business deliveries have suffered because of the lockdowns. Now, most state economies are reopening and the return of commercial demand coupled with the surge in holiday online shopping promises to make this year the busiest ever for couriers.

FedEx last week announced it plans to hire about 75,000 workers, a 27 per cent increase from a year ago. The company also moved up its prediction for the U.S. package market to reach 100 million daily deliveries by three years to 2023.

With the U.S. unemployment rate still at more than twice what it was before the pandemic first struck in March, companies will probably have an easier time attracting temporary workers.

UPS is the only major courier with a unionized workforce, putting pay among the highest in the industry. Part-time package handlers earn US$14.50 an hour and seasonal drivers can make as much as US$21 an hour, the company said.

Still, UPS is sweetening its job offer for students, who can qualify for a bonus of up to US$1,300 for college expenses. Also, the seasonal hiring has helped UPS find permanent employees. The company said an average of 35 per cent of temporary jobs turn into permanent positions over the last three years.