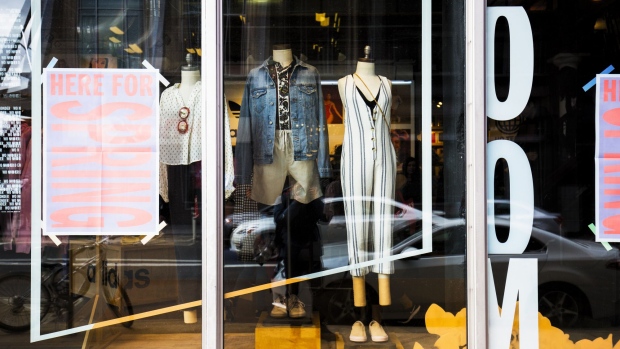 Clothing is displayed for sale in the window of an Urban Outfitters store in Boston. Photographer: Adam Glanzman/Bloomberg , Bloomberg

(Bloomberg) -- Urban Outfitters Inc. plummeted Tuesday after reporting a tough holiday quarter and a planned exit for the CEO of its namesake brand.

The retailer said in a statement that Trish Donnelly, chief executive officer for the Urban Outfitters chain, will depart at the end of the month for a new opportunity. Sheila Harrington, who already runs the Free People brand, will take ownership of the Urban Outfitters group as well.

Urban Outfitters, which also owns Anthropologie and several other chains, posted comparable retail sales for the two months ended Dec. 31 that fell 9% in what has been a challenging holiday season for some brick-and-mortar retailers. Stronger conversion rates and better online sales could not offset the reduced store traffic due to the pandemic, the company said.