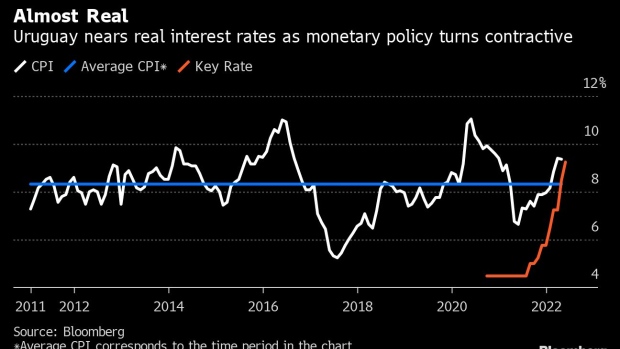 The move came on top of a 1.25 percentage point increase in April.

Further tightening will “take interest rates to levels consistent with the convergence” of inflation expectations with the central bank’s target, the monetary authority said in a statement.

Consumer prices rose about 9.4% for a second consecutive month in April, just above the 10-year average of 8.3%.