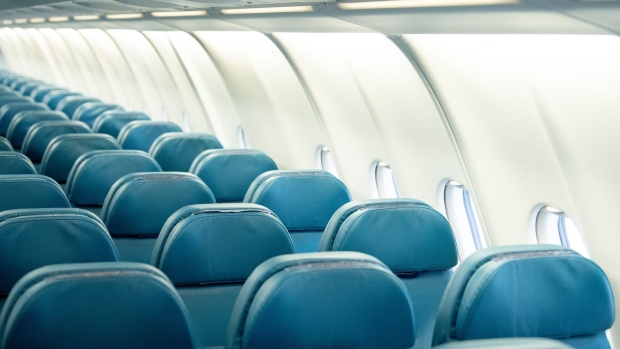 The interior of an Airbus SE A380 airplane during a tour of a new maintenance hangar and control tower, at Chateauroux-Centre "Marcel Dassault" Airport in Chateauroux, France, on Friday, July 1, 2022. Many airlines struggled to see a future for their enormous Airbus SE A380s when the pandemic grounded fleets in early 2020 but France’s Chateauroux airport, about 250 kilometers south of Paris, is opening their giant hanger equipped to handle the double-deckers and up to five or six narrow bodies. Photographer: Benjamin Girette/Bloomberg , Bloomberg

(Bloomberg) -- Top US airlines will allow nonbinary travelers to purchase tickets with an “X” gender marker by the end of 2024, industry group Airlines for America said on Friday.

The US State Department in April implemented a policy allowing Americans to select the X gender marker on their passports.