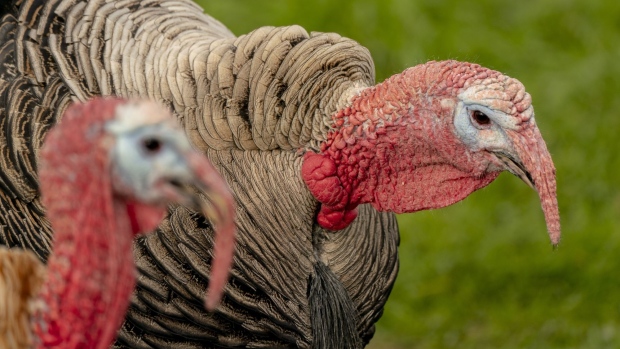 Heritage turkeys at a ranch in Arlington, Washington, US, on Friday, Nov. 11, 2022. Any way you slice it, this Thanksgiving is going to cost more. Price increases for flour and cookies hit a record high year-over-year for October, US government data showed Thursday. Turkey and other non-chicken poultry were up 17%. , Bloomberg

(Bloomberg) -- The American outbreak of avian influenza is officially the worst on record with 50.54 million dead birds, according to the US Department of Agriculture.

The highly pathogenic virus was found at a commercial turkey farm in South Dakota this week, resulting in tens of thousands of birds being killed to avoid further spread. That pushed the 2022 total depopulation figures above 2015 when 50.5 million birds were killed, USDA data shows.

The virus has mostly impacted turkey and egg operations, sending prices to all-time highs and contributing to soaring food inflation. While the spread slowed during the warmer months, it continued to fester and now risks further spread as cooling temperatures prompt more birds to migrate.

In addition to the turkey farms, bird flu has also been detected in recent days at a Utah petting zoo and Missouri chicken farm. The virus has been confirmed in over 630 flocks in 46 US states. The risk to humans is low but people should avoid unprotected contact with wild or domestic birds that look sick, according to the Centers for Disease Control and Prevention.