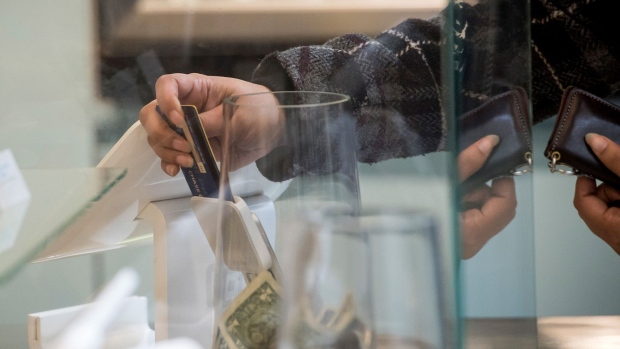 (Bloomberg) -- US consumer borrowing surged in June, reflecting a jump in credit-card balances and a record increase in non-revolving lending that includes auto and school loans.

Total credit increased $40.2 billion from the prior month, second only to March’s $47.1 billion spike, Federal Reserve figures showed Friday. The median forecast in a Bloomberg survey of economists called for a $27 billion advance. The figures aren’t adjusted for inflation.

The June figures wrap up a quarter in which borrowing rose an annualized 8.7%. Motor vehicle loans at the end of the second quarter increased about $32 billion, while student loans was up less than $1 billion.

With inflation at a 40-year high, Americans are having to spend more to buy the same goods and services as before. Consumers, however, have so far proved resilient, with outlays growing on an inflation-adjusted basis in June -- even if just slightly.

That’s certainly not true of all workers though. The rapid price gains have left others struggling to pay their bills. A Census Bureau survey conducted in late June and early July found four in 10 adults said it has been somewhat or very difficult to cover usual household expenses.