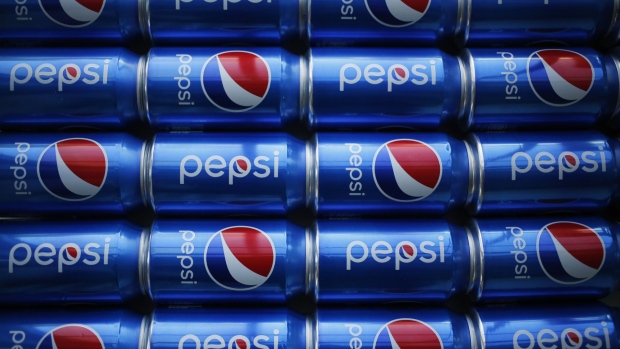 (Bloomberg) -- Third-quarter earnings season kicks off next week with the major US investment banks set to report and provide their outlooks on the economy heading into the end of the year. Overall, companies are expected to beat lowered 3Q EPS estimates despite recession worries, according to analysis by Bloomberg Intelligence. Forecasts are likely to face tough scrutiny as consensus expectations sees the number of S&P 500 sectors in an earnings recession doubling in the second half of the year, with healthcare, technology, materials and consumer staples joining financials and communications firms in posting y/y EPS declines.

Highlights to look for next week:

Tuesday: E2open (ETWO US) is set to release second-quarter results postmarket. The supply-chain software firm expects to record GAAP subscription revenue $129 million-$132 million, representing 10% growth on a constant currency basis at the midpoint. It also expects the firm to incur one-off costs during the period from merit increases for employees, its brand relaunch and the return of large in-person customer events compared to the prior year. The outlook for its deal pipeline, the slowdown in Europe and ongoing currency impacts may be in focus on the conference call after it cut its full-year revenue forecast on these factors.

Wednesday: PepsiCo (PEP US) reports premarket, and is projected to see its slowest EPS growth since the fourth quarter of 2020, with consensus calling for a 2.9% year-over-year increase. Bloomberg Intelligence attributes the modest gain to higher input costs that are pressuring operating margin, which is expected to narrow from the prior year, after showing expansion last quarter. Still, its results are expected to show durability despite softer consumer spending, BI said, given Pepsi’s diversified portfolio and broad geographic reach. The company is projected to sustain gains through the second half of 2022 if customer demand remains resilient.

Thursday: Walgreens Boots Alliance (WBA US) will release its 4Q results before the bell, and the company faces significant challenges to its 2023 EPS relative to its 2022 pandemic-response earnings, said Bloomberg Intelligence. The company is likely to “de-risk its 2023 guidance” by pulling vaccination and testing contributions, or it may choose to set expectations low. In June, the company’s shares fell to their lowest since 2020, despite reporting a third-quarter EPS beat, after it affirmed its full-year EPS guidance. Still, consensus for 2023 EPS appears “overly pessimistic,” as cost-savings gains and improving international profit could partially offset the losses.

Friday: JPMorgan (JPM US) will report 3Q results before the bell. Despite the macro-induced volatility that’s kept global dealmakers on the sidelines -- likely resulting in a near 50% plunge in 3Q investment banking revenue -- analysts are still anticipating higher overall fees and have kept its EPS estimates mostly unchanged while downgrading earnings expectations for its peers. The volatility that’s hindering deals has been a boon for trading desks: FICC trading is expected to jump 12% based on consensus. Citi researchers also expect JPMorgan to boost net interest income guidance, which was already raised last quarter, as the bank has been more disciplined in cash deployment relative to peers. On the conference call, investors may watch for management’s outlook on loan loss reserves, expected credit losses and commentary as economic growth slows, as well as capacity for share buybacks after they were put on hold last quarter to meet capital requirements.