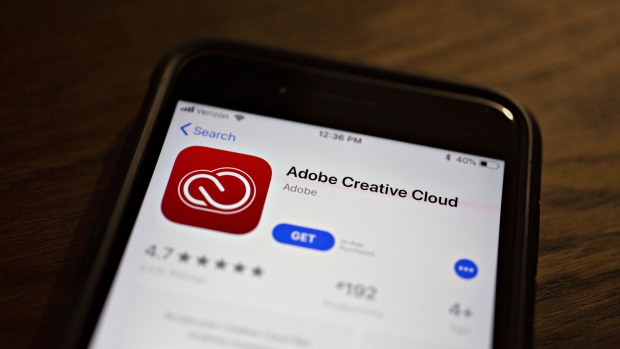 (Bloomberg) -- Surprise earnings beats from chipmakers, ski resorts and homebuilders brought a whiff of optimism to the wave of layoffs across multiple sectors this week. Broadcom offered reassurance on corporate tech spending and JPMorgan hinted at potential gains in trading revenue for the current quarter. On top of that, a Citi index shows that US profit upgrades outpaced downward revisions last week, the first time in over six months.

Investors also watched a series of long-awaited outcomes bearing impact on policies. In China, the death toll could top 2 million after Beijing’s retreat from Covid Zero restrictions, while in the US, Democrats will have an edge in the upper chamber with Senator Raphael Warnock’s narrow win in Georgia’s runoff. Next week’s corporate earnings will be overshadowed by the FOMC decision and news conference with Fed Chair Jerome Powell on Wednesday, particularly after producer prices rose more than expected in November, supporting further rate hikes.

Monday: Coupa Software (COUP US) is due after-market. Consensus points to slowing growth in the quarter for both EPS and revenue amid ongoing macro headwinds faced by the enterprise software market. In particular, Citi analysts see shrinking demand from an economic slowdown and intensified competition from mid-market vendors as risks to the expenses management software provider’s ability to meet estimates in upcoming quarters, though the company has had a history of guiding conservatively, according to BMO Capital Markets. Its results may be overshadowed by the focus on acquisition interest in the firm, after Bloomberg News reported in late November that Vista Equity Partners’ has held deal talks with the tech company.

Tuesday: ABM Industries (ABM US) is due after the close. Revenue growth for the facility services contractor is anticipated to slow to 17% from an average of 25% in the past 4 quarters, according to consensus. Management is expected to provide fiscal 2023 guidance, and estimates suggest a sharper slowdown may be on the horizon: 1Q 2023 revenue is expected to decelerate to single-digit growth while EPS may decline y/y for the first time after three quarters of gains. Analysts attribute the EPS reduction in 2023 to increased interest expenses from recent acquisitions, yet there are still upsides from return-to-office trends in the US and leisure travel demand given ABM’s exposure to airport and airline customers, according to Sidoti & Company.

Wednesday: Lennar (LEN US) reports after the closing bell. Better-than-feared US home sales data and easing mortgage rates in the recent weeks might not be enough to soften the blow of shrinking consumer demand faced by the homebuilder. Bloomberg consensus is projecting net new orders for the fiscal fourth quarter to fall at the fastest pace in at least six years. A “sharp demand correction” is likely in the current fiscal year against the backdrop of an imminent recession, Citi analysts wrote, adding that net orders may show sequential improvement in the second half of the year.

Thursday: Adobe (ADBE US) is due after the market close. The maker of design software is likely to have benefited from pricing updates, which should bolster revenue growth that have in recent quarters been impacted by macro uncertainty and currency headwinds. For the fiscal fourth quarter, Barclays analysts expect net new annualized recurring revenue at the Digital Media segment to come in at $550 million, representing a 22% growth from the prior period. Furthermore, Adobe is expected to reiterate its full-year 2023 guidance that was first published in October. That said, Deutsche Bank wrote that investors will be on the lookout for updates on the $20-billion Figma deal, while an outcome from the ongoing antitrust investigation by the Justice Department is pending.

Friday: Darden Restaurants (DRI US) reports before the opening bell. The limited-time return of Olive Garden’s Never Ending Pasta offer should boost fiscal second-quarter performance in spite of macro uncertainty, according to Citi and Raymond James analysts. Comparable sales at the chain is projected by Bloomberg consensus to post a 3.5% growth, a slight sequential improvement from the 2.3% expansion seen in the last report. Raymond James expects adjusted EPS to beat Wall Street consensus — which they referred as “stale” — and sees an upward revision of the full-year guidance range of $7.40-$8.00 seen in September. Following the end of the promotion at Olive Garden, investors will look for comments on quarter-to-date momentum, as well as an update on the sentiment among the lower-income consumer.

--With assistance from Redd Brown.