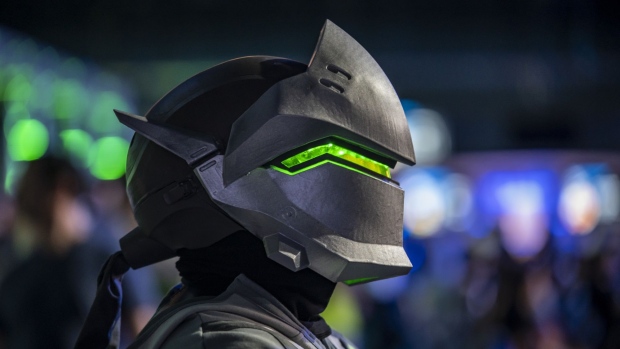 (Bloomberg) -- The US Federal Trade Commission filed its lawsuit to block Microsoft Corp.’s $69 billion takeover of gaming company Activision Blizzard Inc. in December partly to get ahead of its European counterparts and dissuade them from accepting a settlement allowing the deal, according to people familiar with the investigations.

The FTC filed a complaint challenging the merger on Dec. 8, hours after a call between US and European Union officials about their respective probes, said one of the people, who asked not to be identified because the discussions were confidential. The EU officials indicated on the call they intended to begin talks with Microsoft about potential remedies, the person said.

That prompted the FTC to file its case the same day to send a strong signal to EU Competition Commissioner Margrethe Vestager and her staff, the people said, even though technically the commission wouldn’t entertain remedy proposals from the companies until later in the process.

Officials from the EU and the UK aren’t expected to decide on the deal until April, and typically US officials would wait until closer to the deadline and try to work out a global resolution. People close to the transaction said they weren’t expecting action from the FTC until the spring.

By moving quickly, the FTC would be able to “get out in front of the Europeans in an effort to shape the narrative,” said Barry Nigro, who served as the No. 2 antitrust official at the Justice Department during the Trump administration and now heads the antitrust practice at Fried Frank Harris Shriver & Jacobson LLP. He isn’t involved in the Microsoft-Activision case.

The FTC declined to comment. The European Union’s antitrust watchdog declined to comment, saying its investigation of the deal is continuing. Microsoft pointed to comments President Brad Smith made when the FTC filed its case: “Even with confidence in our case, we remain committed to creative solutions with regulators that will protect competition, consumers and workers in the tech sector.”

Microsoft’s Activision takeover requires approval from 16 jurisdictions, with the US FTC, the UK’s Competition and Markets Authority and the European Commission representing the biggest hurdles. The three international agencies have been in close contact on the deal since it was announced in January 2022.

The European Commission is conducting an in-depth probe and has a deadline to make a decision by April 11. The commission is expected to issue a so-called statement of objections in the near future, setting out potential reasons for blocking the deal if no remedies are forthcoming. Such filings are routine in big deals and don’t necessarily indicate a transaction is headed for a veto.

The UK regulator is also reviewing the transaction and plans to issue a preliminary decision later this month or early February, with a final decision on April 26.

Microsoft intends to propose a global remedy package to EU competition officials that would guarantee Sony Group Corp.’s PlayStation would continue to have access to the popular Call of Duty game for the next 10 years. Sony has so far rebuffed Microsoft’s offers. The Xbox maker has also entered into a deal to bring the game to Nintendo Co. and allow it to be sold by Valve Corp.’s PC gaming platform Steam. If EU officials accepted that remedy, which would apply globally, it could potentially undermine cases brought in the US or UK.

The EU has diverged from its fellow agencies before. In February, the commission accepted a settlement and approved a merger between Finland’s two shipping equipment giants. A month later, the UK and US simultaneously said they would block the deal and the companies abandoned the merger.

--With assistance from Anna Edgerton, Stephanie Bodoni and Peter Chapman.