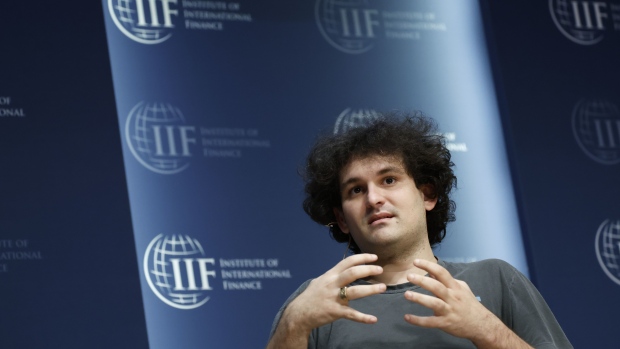 (Bloomberg) -- US Senators Sherrod Brown and Patrick Toomey have asked Sam Bankman-Fried to testify at a hearing about cryptocurrency exchange FTX’s collapse on Dec. 14, according to a letter issued Wednesday.

Brown, who is the chair of the Senate Banking Committee, said he and Toomey are prepared to issue a subpoena if the disgraced crypto founder doesn’t choose to appear voluntarily.

Brown wrote that Bankman-Fried “must answer” for the failures of FTX Trading Ltd. and of Alameda Research, two of the entities in the sprawling and now-bankrupt FTX universe. “There are still significant unanswered questions about how client funds were misappropriated, how clients were blocked from withdrawing their own money, and how you orchestrated a cover up,” he wrote.

Bankman-Fried had previously suggested that he would be willing to appear in front of a different committee — House Financial Services — after he’d finished “learning and reviewing.”

In response, Maxine Waters, chairwoman of the House Financial Services Committee, told Bankman-Fried that it was “imperative” that he attend that hearing, scheduled for Dec. 13. “Based on your role as CEO and your media interviews over the past few weeks, it’s clear to us that the information you have thus far is sufficient for testimony,” Waters’ verified account posted on Twitter.

By Wednesday night, Representative Waters’ rhetoric had hardened further. “A subpoena is definitely on the table. Stay tuned,” Waters’ account said in a tweet posted jointly with the verified account for the House Financial Services Committee. Waters’ tweet also directly referenced a report from CNBC that said she had informed a group of Democrats she didn’t plan to issue a subpoena to Bankman-Fried. “Lies are circulating,” Waters said, referring to the report.

The letter from Senator Brown and the comments from Representative Waters come during a week in which Bankman-Fried, who resigned from FTX in early November, has continued his post-bankruptcy tour of podcasts and interviews against the advice of various lawyers.

In a Twitter Spaces held on Tuesday, participants grilled him on how exactly things went south at FTX so quickly, and what happened with users’ funds on the exchange. By the end of the interview, Bankman-Fried had taken on a combative stance toward the people asking questions.

While Bankman-Fried has not been charged with any crimes, he is facing a slew of investigations and class-action lawsuits aimed either directly at him, at companies in his defunct crypto empire, or both. Most recently, federal prosecutors have begun investigating what role Bankman-Fried and Alameda may have played in the collapse of the TerraUSD algorithmic stablecoin and its associated Luna token, according to a report in the New York Times citing people with knowledge of the matter.

Botnick, Bankman-Fried’s representative, declined to comment beyond a statement previously provided to the New York Times and attributable to the former FTX executive: “I am not aware of any market manipulation and certainly never intended to engage in market manipulation. To the best of my knowledge, all transactions were for investment or for hedging.”