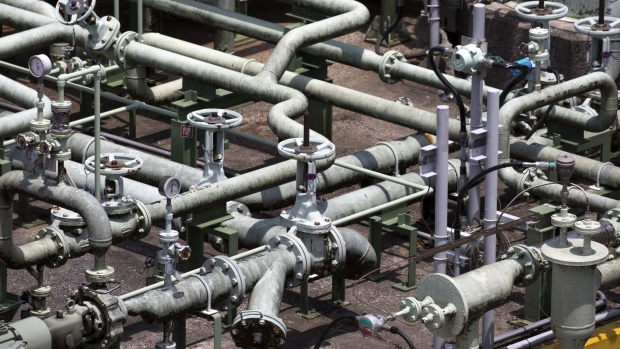 (Bloomberg) -- The US urged energy infrastructure operators, including LNG carriers heading for Europe, to be on high alert after suspected sabotage hit gas pipelines connecting Russia and Germany.

“Everybody should be on high alert,” US Energy Secretary Jennifer Granholm said Wednesday in Vienna. She called for an “expedited investigation” into who bears responsibility for three blasts that targeted the Nord Stream 1 and 2 pipelines off the German coast.

The Biden administration’s top energy official spoke in an interview at the International Atomic Energy Agency, where the US has this week been warning about Russia’s stranglehold on nuclear fuel markets. Germany’s Interior Ministry issued a general security threat on Wednesday after ruling out natural causes for the blasts on the Baltic Sea pipelines.

Granholm said the incident underscores why countries need to raise their defences in the face of Russian efforts to weaponize gas and other energy infrastructure, including the occupied Zaporizhzhia Nuclear Power Plant in Ukraine. “Nations have to evaluate the risks of relying on another entity for their energy,” Granholm said.

The Department of Energy that Granholm administers has long been concerned over the security vulnerabilities of liquefied natural gas tankers. Each ship carries enormous volumes of energy that can trigger an explosion if attacked. The US Sandia National Laboratory warned the resulting fireball could be lethal from a mile away.

Asked whether US LNG shipments to Europe also need to take more precautions, Granholm said: “Of course. We have to be on heightened alert.”