For the first time in a year and a half, the average price of a used vehicle in Canada declined month-over-month, according to new data from AutoTrader, potentially signalling an inflection point in the drum-tight auto market.

“Aligned with the increase in vehicle availability, used vehicle prices appear to have reached their peak,” AutoTrader wrote in its report, released Tuesday.

While the modest price drop will come as welcome news for Canadian car shoppers, the average price of a used vehicle was still up a whopping 32 per cent in July compared to the same month a year prior.

For new vehicles, the average price notched a record $55,469 in July, an 18 per cent jump year-over-year. 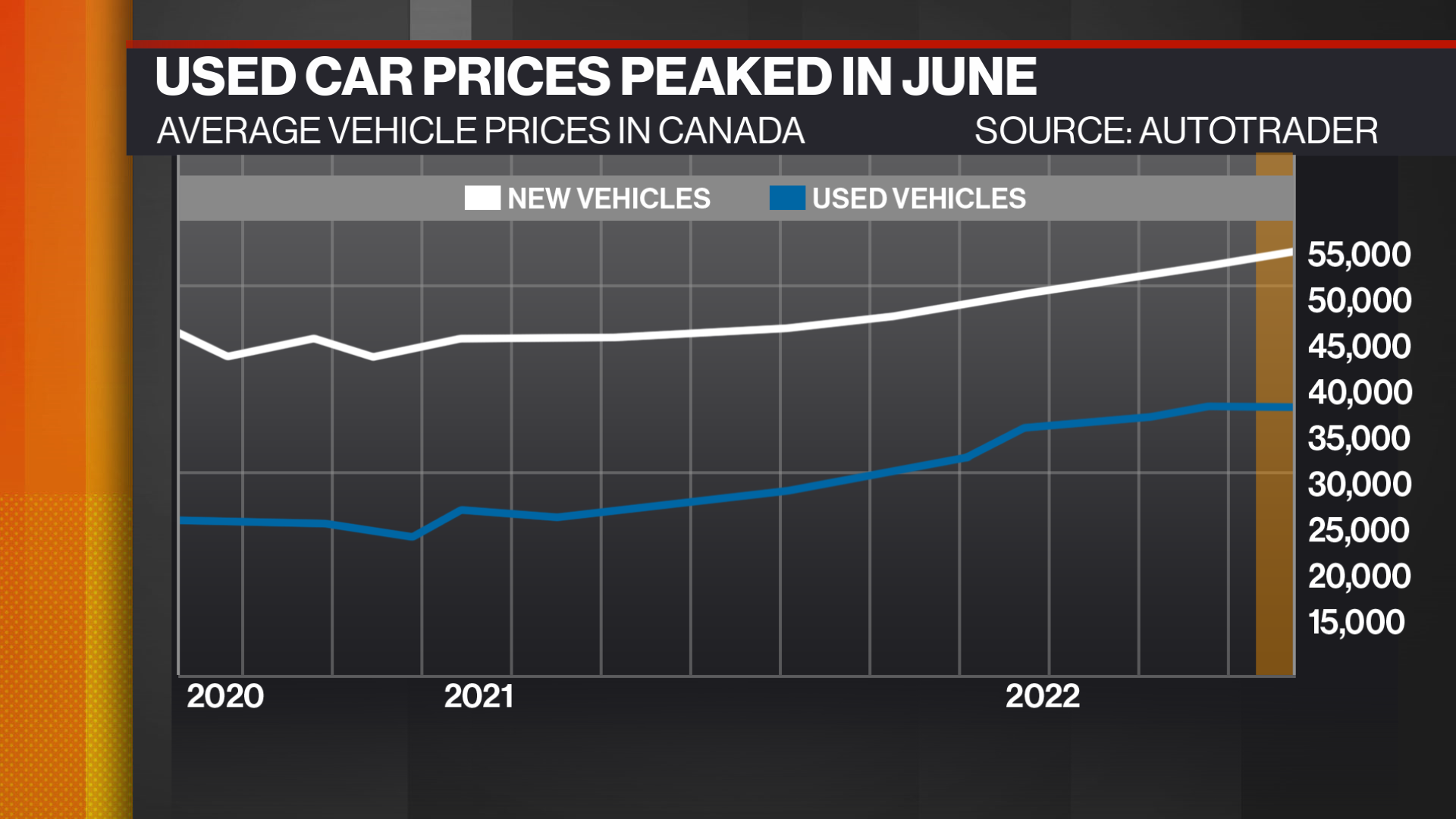 The COVID-19 pandemic triggered an unprecedented global shortage in microchips, side-sweeping automakers who use the semiconductors for everything from displays to automatic emergency breaking systems.

The bottleneck has eased in recent months, but continues to impact the auto sector.

Low inventory of new cars, trucks and SUVs in Canada persisted in the second quarter of 2022, according to AutoTrader. But, in a refreshing twist, the supply of used vehicles grew.

“Overall, used vehicle inventory on the marketplace has been increasing year-over-year, particularly when it comes to trucks,” the report said. 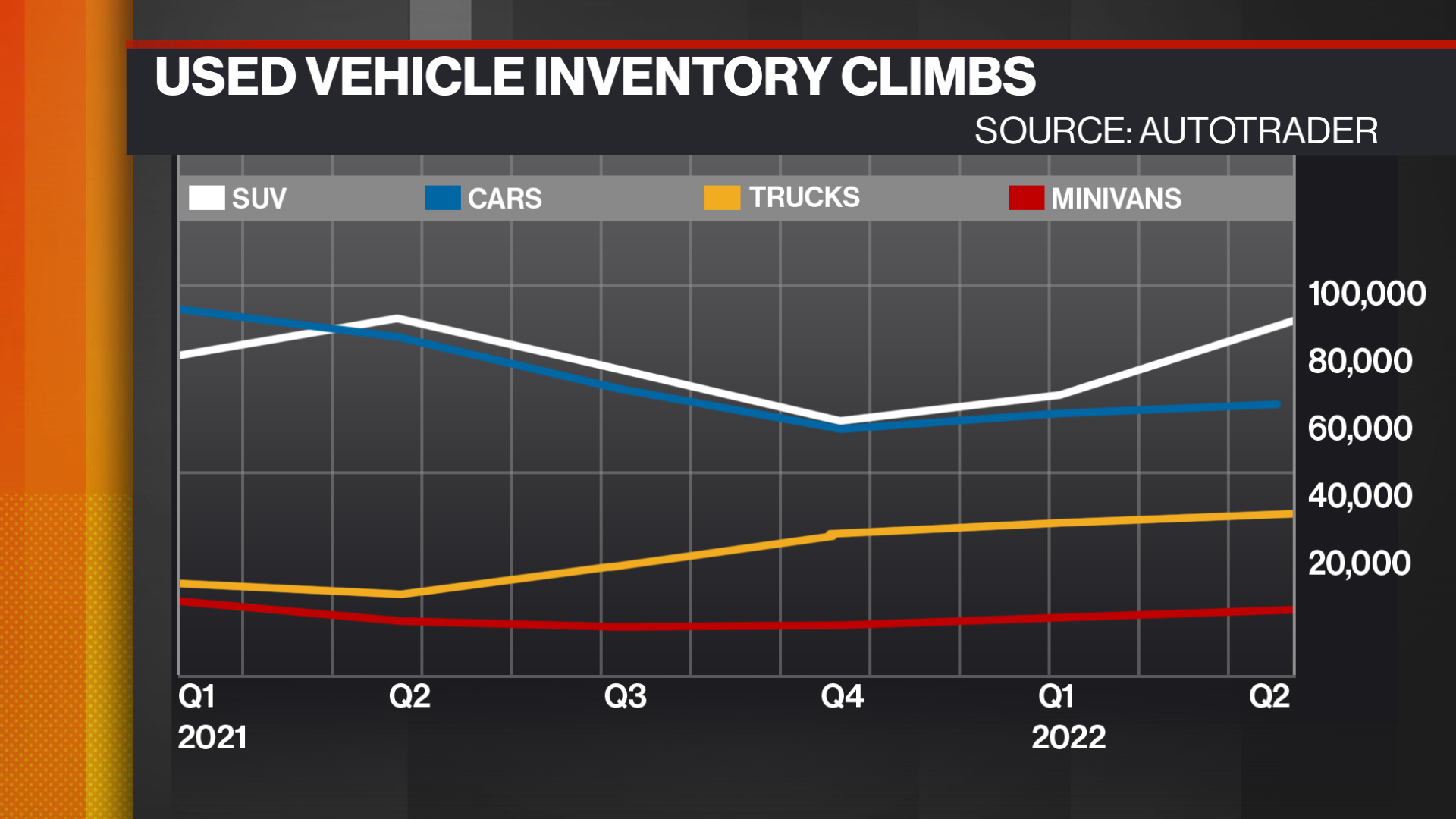 Consumers, for their part, still face a more-competitive market than ever.

In July, vehicles spent an average of 37 days on the website before being sold, said AutoTrader, a shocking 131 days less than the same month last year.

The company’s research further showed one in three Canadian car shoppers are now willing to travel more than 400 kilometres to find the right vehicle, and 43 per cent are willing to compromise on the brand, colour and trim to secure a new ride.

But there is reason for optimism, according to AutoTrader.

“Things are improving and the expectation is that there will be more inventory in the back half of the year,” the report said.