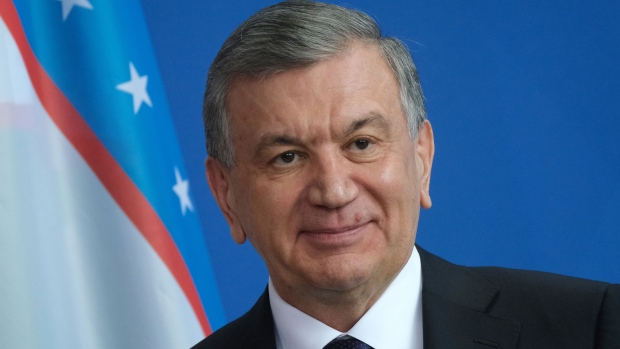 (Bloomberg) -- Uzbekistan unblocked the websites of several foreign media and human rights organizations as part of efforts by President Shavkat Mirziyoyev to open up Central Asia’s most populous nation after years of isolation.

The move comes after Harlem Desir, the Organization for Security and Cooperation in Europe’s representative on Freedom of the Media, raised the issue with the Uzbek president. The unblocked websites include those run by the BBC, Voice of America, Deutsche Welle, the Fergana news agency, Amnesty International, Human Rights Watch and Reporters Sans Frontieres.

Desir welcomed the decision on Twitter, adding that he hoped the website of U.S.-funded Radio Free Europe/Radio Liberty will also be accessible soon.

The websites were accessible as of Friday after "technical" issues were resolved, Komil Allamjonov, head of the country’s Information and Mass Communications Agency, wrote on Facebook. Fergana confirmed that it and the other websites could now be reached within the country, citing its own reporters in Uzbekistan.

Uzbek authorities had started blocking the sites after hundreds of people were massacred by security forces during unrest in the city of Andijan 14 years ago.

Mirziyoyev was elected in 2016 after the death of the country’s first president, Islam Karimov.

To contact the editors responsible for this story: Torrey Clark at tclark8@bloomberg.net, Nick Rigillo, Angela Cullen