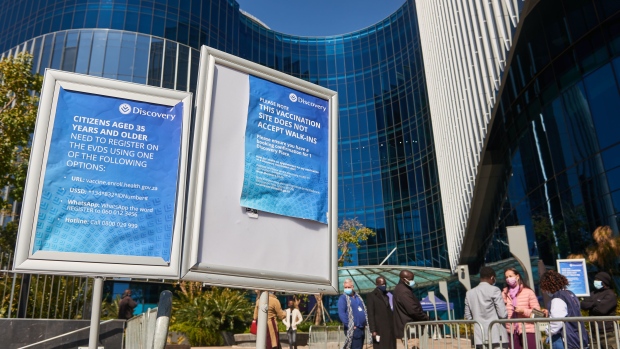 The Johannesburg-based company announced its plan to make vaccinations compulsory for all its employees in early September. At the time only 22% of its more than 10,000 employees were inoculated.

Discovery took the decision after a lengthy consultation process and decided that a regulatory lever was needed to ensure safety for all in its offices and for the broader public, Chief Executive Officer Adrian Gore said in a briefing on Tuesday. The compulsory vaccines policy accommodates employees with religious beliefs or health conditions preventing their participation.

The debate over whether to make vaccines obligatory for various public places is picking up pace as the omicron variant takes hold in Africa’s most developed economy, which has fully inoculated about a third of its adult population.

The government is considering making inoculation mandatory for access to certain places and activities as well as the introduction of so-called vaccine passports as one measure to ensure the country remains open.

Discovery anticipates that by the end of the year it will have about 97% of employees vaccinated, just as the country may be at the peak of a fourth wave.