As employers eagerly await the COVID-19 vaccines that promise to return staff to offices after months of working from home, new reports indicate getting them back won’t be easy.

More than half of U.S. employees currently working from home say they’d like to keep their remote arrangements beyond the pandemic, according to a Pew Research Center survey released Wednesday.

One-third of those surveyed said they want the option to telework at least sometimes. Only 11 per cent said they ‘rarely or never’ want to work from home, according to Pew’s October survey of almost 6,000 U.S. adults.

Most Americans won’t have a choice. While almost two-thirds of workers holding a bachelor’s degree or higher said their work can be done remotely, only 23 per cent of those without that educational attainment can, according to Pew.

Most who do have the choice -- especially those over 50 --said it’s been easy for them to complete projects on time and stay motivated.

A recent University of Chicago survey found similar results. Employees viewed working from home as a perk for which they were potentially willing to trade as much as 8 per cent of their salaries. The study concluded that remote work following the pandemic could raise productivity as much as 2.4 per cent, according to the paper released Dec. 2.

Its survey of 15,000 Americans “reveals that the experience has been positive and better than expected for the majority of firms and workers.”

Increased flexibility was often cited as a reason for preferring the home office. But worries about getting sick also ranked high on the Pew survey. 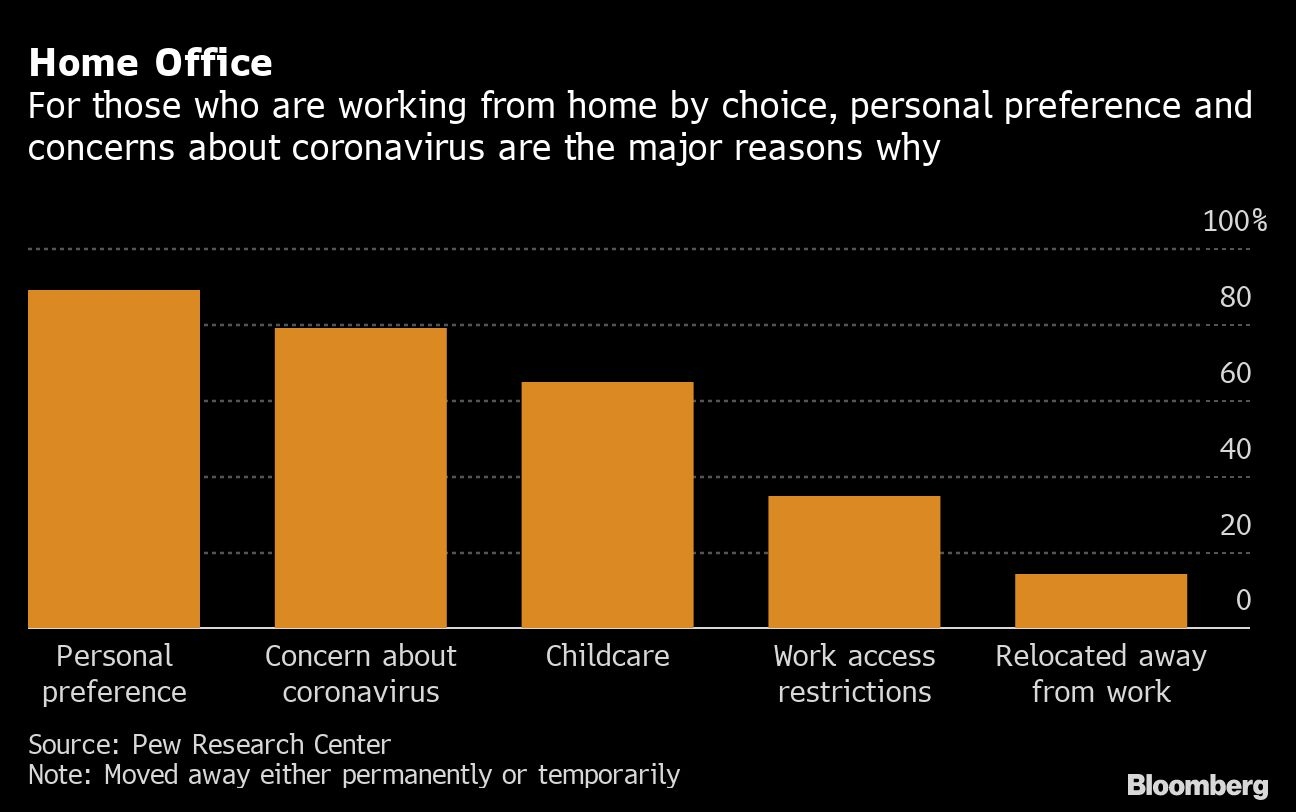 Similarly, the University of Chicago paper said 70 per cent of its survey respondents expressed a reluctance to return to some pre-pandemic activities even when a vaccine for COVID-19 becomes widely available -- specifically riding subways and crowded elevators, or dining indoors at restaurants.

“This persistent fear of proximity to others is likely to leave some residual demand for social distancing at workplaces and prop up demand for working from home in the coming years,” the authors of the university paper wrote.

Meanwhile, almost a third of workers in the Pew survey said they would feel ‘very uncomfortable’ returning to work and 58 per cent expressed concern over being exposed to COVID-19. More women than men were concerned about illness and Black and Hispanic workers were more likely to be worried than White employees.

The likelihood of dying from COVID-19 is 2.8 times higher for Black and Hispanic Americans, according to the Centers for Disease Control and Prevention. Part of that is due to these workers being more apt to hold jobs in front-line, essential fields such as retail and often having less access to medical care.

Not all has been rosy for those fortunate to work remotely. Employees under 50 -- especially those with children -- reported being less able to stay motivated and on task. And almost a quarter of all workers surveyed by Pew said they’re less satisfied with their jobs. One-third reported feeling less connected to their co-workers, and about one in five said they have diminished job security and opportunities for advancement.