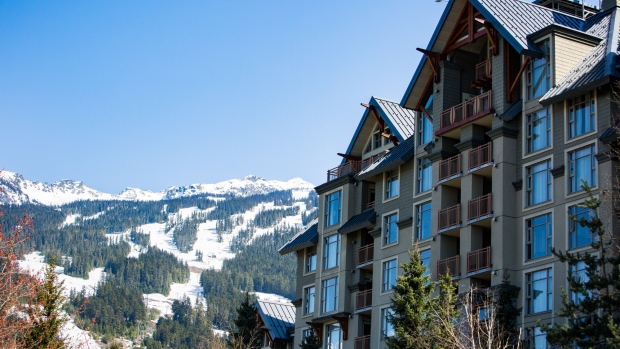 Vail Resorts Inc.’s rally of more than 30 per cent in the past year could hit some trouble when the company provides a ski season update this week.

A lack of snow at the Whistler Blackcomb resort has some analysts concerned. The 8,000-acre property in British Columbia, Canada, which hosted events in the 2010 Winter Olympics, is the most visited year-round mountain resort in North America, according to Vail. And it’s a key driver to the company’s earnings.

Whistler Blackcomb is one of more than three dozen mountain resorts and regional ski areas operated by Vail. The company, which went public in 1997, has grown through a series of acquisitions, including last year’s US$265 million purchase of Peak Resorts. Analysts appear most focused on Whistler for this week’s anticipated report. Andress said conditions across most of the portfolio are tracking in line with historical averages.

Vail’s seasonal updates can sometimes wreak havoc on the stock. Shares plunged 13 per cent in the session following the update in January last year. In that report, Vail noted visitation was much lower than anticipated in the pre-holiday period and said year earnings before interest, taxes, depreciation and amortization. would fall below the low end of guidance.

At Whistler, snowfall is tracking “well below historical averages despite much-needed early January snowfall,” and concerns over snow stability and avalanche risk closed some of the most desirable terrain, KeyBanc’s Andress said. The assumption in fiscal 2020 guidance that the results would rebound from last year now look aggressive, he said, adding that Whistler represents as much as 20 per cent of the company’s earnings before interest, taxes, depreciation and amortization. 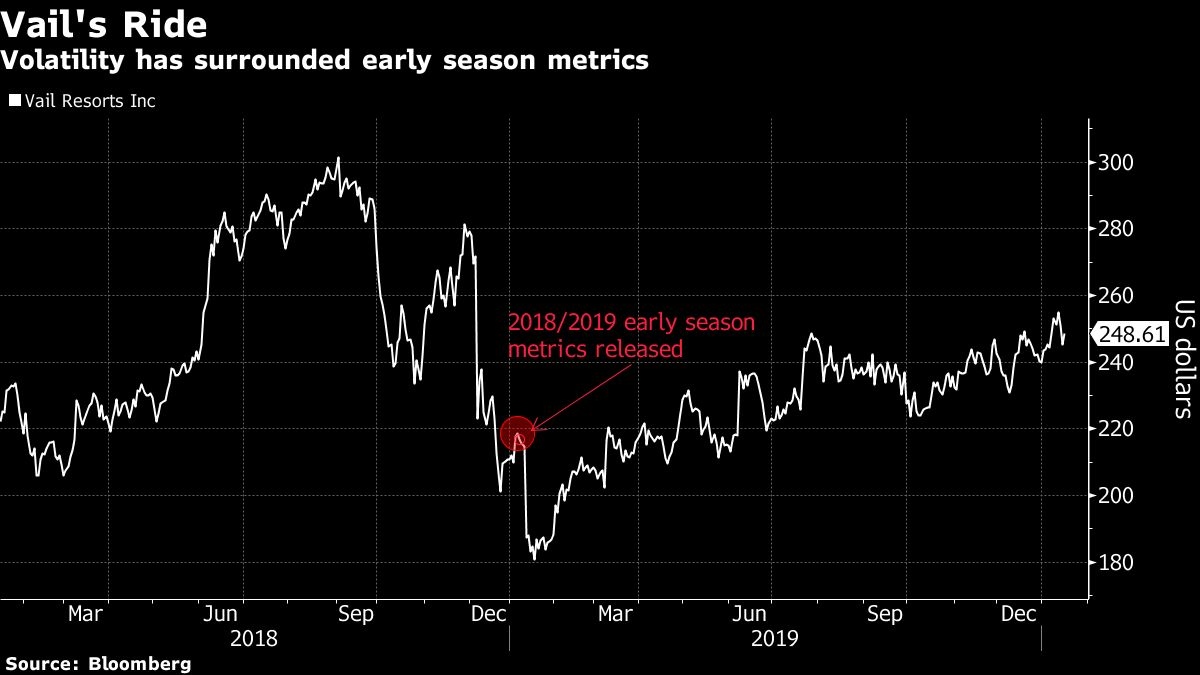 Weather isn’t the only challenge.

Last year the company introduced the new Epic Day Pass, a customizable pass which allows guests to select the number of days they plan to ski -- from one to seven -- and whether to add holiday access.

Both headwinds created by higher Epic Pass adoption and the weather at Whistler “effectively offset any related upside to our financial projections,” Boyer said in the Dec. 10 note following first-quarter results.