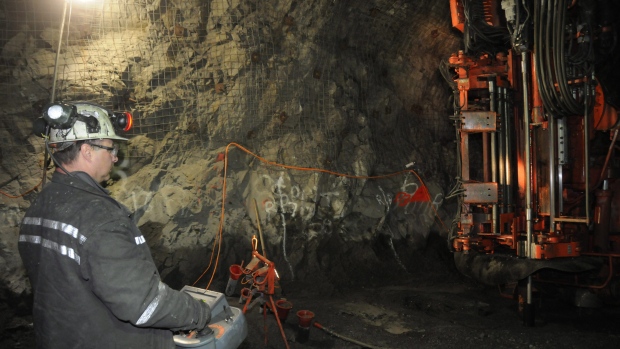 Vale SA, one of the world’s biggest producers of iron ore and nickel, expects all 39 workers trapped in an underground mine since Sunday to be freed later this morning.

Thirty employees at the Totten mine in Sudbury, Ontario, have been rescued, a company official said. Earlier Vale said in a statement the miners who returned to the surface are in good health, and the remainder are on their way. The workers were uninjured and began their ascent via a ladder system with the support of a rescue team, the Rio de Janeiro-based company said Monday.

The people were trapped after an excavator that was being transported into the mine dislodged, blocking the shaft. They proceeded to refuge stations, have had access to food and water and have been in frequent contact with above-ground staff.

Vale’s shares fell on the news Monday, before recovering, as the incident invoked memories of the 2010 San Jose mine cave-in in Chile, where 33 men were trapped for 69 days before being lifted to safety. While Totten is a far more sophisticated operation than San Jose, the accident may hinder Vale’s efforts to boost its environmental, social and governance credentials in the wake of two Brazilian tailings disasters in the past six years.

In the first six months of 2021, Totten produced 3,600 metric tons of nickel, or about 4 per cent of the company’s total. Output is suspended and Vale is assessing necessary measures to resume production.

Vale inherited the then-inactive and water-filled Totten facility in 2006 when the Brazilian company acquired Inco. Vale spent about US$700 million to bring the nickel-copper mine into production in 2014.