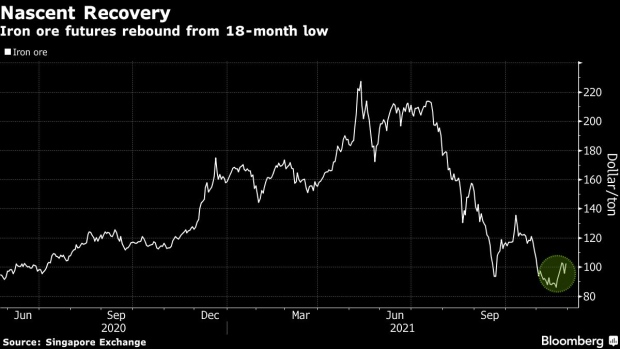 Vale is delivering its projections and outlook to investor from the New York Stock Exchange Monday.

Vale’s recovery from an early-2019 tailings dam collapse that led to a series of cutbacks makes it a major swing factor on the supply side.

Iron ore futures that surging above $200 earlier this year plunged below $100 as China limited steel output to contain pollution and power use. Futures in Singapore have recovered some ground on optimism over restocking by Chinese mills.

The Rio de Janeiro-based company is defending margins by withholding some lower-quality supply as part of a value-over-volume strategy.

Vale is looking to expand its annual production capacity to 400 million, which could make it the world’s No. 1 iron ore producer once again, a title it lost to Rio Tinto Group in the wake of the Brumadinho dam disaster. In September, Vale postponed the capacity goal from 2022 to “medium term” partly because of sluggish permitting in northern Brazil.