Vale SA may have finally resolved a strike at its Sudbury complex, but don’t expect it to resume nickel and copper production anytime soon.

After a wage deal with workers ended the two-month stoppage, Vale outlined a return-to-production schedule that won’t see the Canadian facility fully up and running again until next quarter. Maintenance underway at the mines and plants will be completed, with the ramp-up beginning in September, the Rio de Janeiro-based company said Wednesday in an emailed response to questions.

While staff will return to work next week, the complex nature of restarting smelters and refineries may keep pressure on the metals markets. Sudbury is one of the few producers of nickel pellet, which is used to make alloys for the aerospace, electronic and nuclear industries. The disruption has driven consumers to tap battery-grade nickel briquette as an alternative, raising its premium and shortening inventories.

Vale is looking to steady its base metals ship after a poor performance last quarter that prompted the world’s largest commercial producer of nickel to discontinue annual production guidance. On a call with analysts last week, Chief Executive Officer Luciano Siani predicted a “challenging” third quarter at Sudbury even if the strike ended quickly. 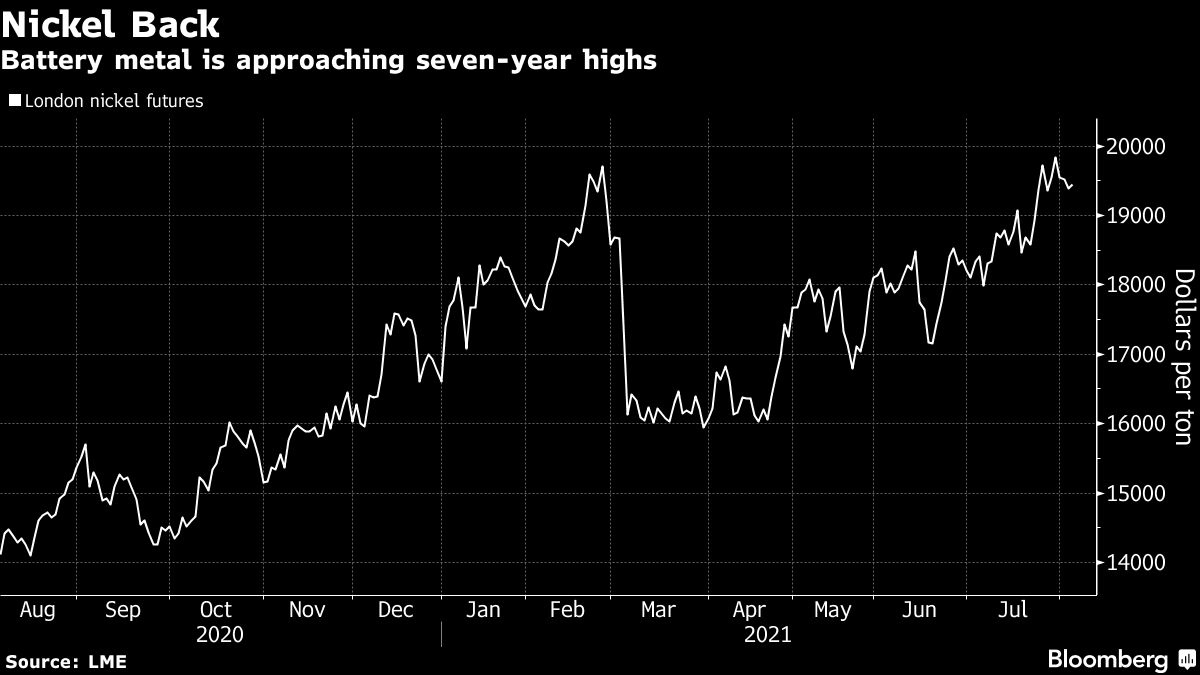 Besides monetary sweeteners, the new contract preserves retiree health benefits for future hires as well as paying each worker a US$3,500 signing bonus and US$2,500 for their efforts in the pandemic.Post-retirement benefits had been a sticking point in the talks as Vale looks to contain costs and overhaul operations with an eye on the demanding battery market.

“We have many opportunities ahead of us, with the growing electric vehicle market,” Dino Otranto, chief operating officer of North Atlantic operations, said in a statement. “The nickel, copper and cobalt we produce are critical metals to achieving a low carbon future.”