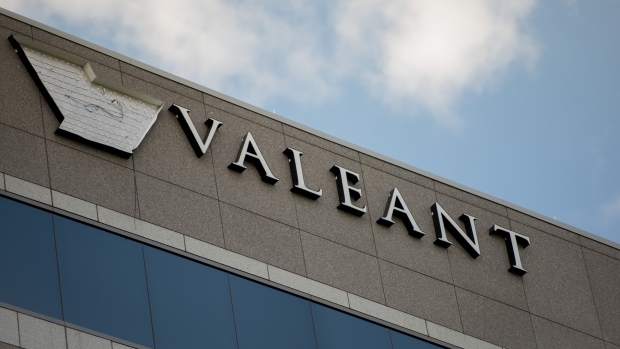 Valeant Pharmaceuticals International Inc.’s (VRX.TO) rebound from this year’s low in March was stopped in its tracks after U.S. regulators rejected its application for a plaque psoriasis lotion, Duobrii, that management saw as the first of many new drugs to hit the market in the next few years.

The company's TSX- and NYSE-listed (VRX.N) shares, which peaked last week at the highest levels since 2016, tumbled more than 10 per cent Monday. Trading volume was more than 1.5 times the full-day average of the past three months as investors retreated even after the company pointed out that the Food and Drug Administration’s ruling was related to its pharmacokinetic data and said management is working to “resolve this matter expeditiously” and has already requested a meeting with regulators.

Wells Fargo analyst David Maris warned that an approval may be delayed by six to nine months depending on Valeant’s need to generate additional data. Bullish investors and analysts were hopeful the former favorite of Pershing Square’s Bill Ackman had reached an inflection point ahead of expectations for the company to begin selling three drugs this year. Duobrii was set to kick off a string of FDA approvals as investors refocused on Valeant’s dermatology business after a recent overhaul.

“This is a major setback as Duobrii is part of Valeant’s self-titled Significant Seven products that the company hoped to launch to get to $1 billion in peak sales over the next four and a half years,” Maris wrote in a note to clients. “We wonder if Valeant will need to update this expectation for the Significant Seven peak sales following the setback to Duobrii.”

Valeant had gained as much as 81 per cent from this year’s low on March 2. Monday’s slump pushed the stock’s 14-day relative strength index, a commonly watched momentum indicator, below the oversold level of 70, which it had broken above in early May.