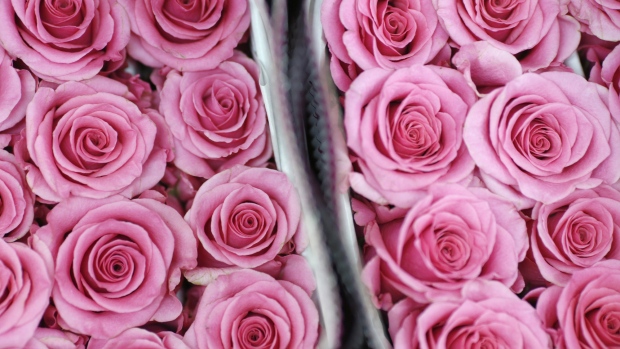 Packages of pink roses sit at the Import Flowers Inc. warehouse ahead of Valentine's Day in Nashville, Tennessee, U.S., on Tuesday, Feb. 12, 2019 , Bloomberg

It can be notoriously impossible to book a restaurant for Valentine’s Day, unless you’re happy to sit at a place with Formica-topped tables and questionable grades from the Department of Health.

But in reality, Feb. 14 is not an especially good day for most independent restaurants across the country.

The romantic holiday, which fell on a Thursday in 2019, ranked 94th in the year for consumer spending at local places nationwide, according to Brad Plothow, vice president for marketing and communication at Womply, a software company that provides customer relationship management for small businesses. Even Cinco de Mayo ranked higher; it came in 93rd, according to the company’s recent study of 36,000 independently owned restaurants, with annual revenue of less than $7.5 million.

Valentine’s Day is not a money-loser for restaurants. In general it means a 30 per cent–40 per cent revenue increase from what would be a typical day. And it’s especially likely for places with a reputation for being romantic, or even just hard to get into—like Gramercy Tavern in New York—to do big business. In Los Angeles, the intimate Maude from star chef Curtis Stone got booked up weeks in advance for the entire Valentine’s weekend.

But a regular Saturday night is invariably better for restaurateurs than a nonweekend Valentine’s Day. Saturdays are the top-earning day for local places, generating an average of 19.9 per cent of weekly revenue. A typical Friday evening is the second-highest-grossing day of the week, at 18.9 per cent.

On the face of it, the holiday seems like one that could yield a giant payoff for restaurants. Many places take the opportunity to offer an overpriced prix fixe menu that invariably includes truffle oil mashed potatoes and short ribs, with supplements for extras like caviar and crab legs. But the turnover is slower as couples linger longer than on an average night. And it’s hard to orchestrate an entire evening of tables for two, says Hakan Swahm, owner of Manhattan’s two-Michelin-starred Aquavit; he adds that larger groups tend to spend more money per person on wine.

According to the Womply study, the top-grossing days of the year are the Saturday and Sunday of Mother’s Day weekend—No. 1 and No. 2, respectively. In 2019 the third-biggest dining-out day was the Saturday of Father’s Day weekend. The fourth, however, was not holiday-specific: March 30, a Saturday that was prime time for spring break and coincided with the Elite Eight round of the NCAA men’s basketball tournament.

Of the top 50 days of the year for customer spending at local restaurants in 2019, 30 were Saturdays and 19 were Fridays; the only exception was Mother’s Day.

Meanwhile, a separate sector of the hospitality industry is here to pick up any heart-shaped slack: bars.

But Michael Sinensky, whose empire includes Sidebar and Village Pourhouse in New York, has a caveat: “At our watering holes, we are only busy if we embrace the anti-Valentine’s Day crowds.”