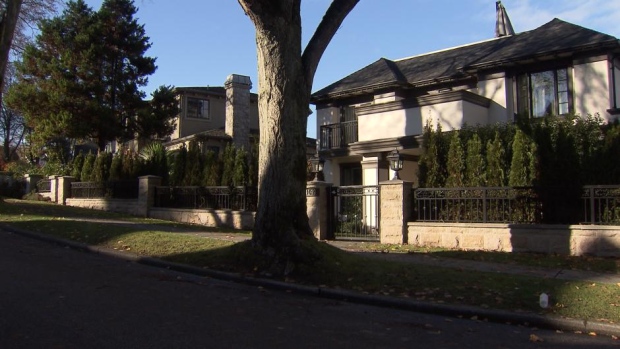 VANCOUVER -- Metro Vancouver's real estate market is bracing for a steep decline in detached home sales recorded in August, as new numbers will offer a first look at the immediate impact of a tax on foreign buyers.

The Real Estate Board of Greater Vancouver will release last month's data on Friday, one month after the provincial government introduced the 15-per-cent tax.

But while observers expect an initial shock from the tax, they say sales are likely to rebound over time, pointing to the region's strong cultural ties with China as well as the robust local job market.

Realtor Steve Saretsky has already crunched MLS data for the month of August and he said sales of detached homes dropped 50 per cent in Richmond, Vancouver and Burnaby compared to the average number of sales in August between 2010 and 2014. He left August 2015 out of his calculation because it was an abnormally hot month.

But while condominium and townhouse sales have slowed slightly and multiple offers have all but disappeared, sales are still very active and on par with what a typical August would show, he said.

Prices haven't appeared to drop drastically since the introduction of the tax, said Saretsky, adding that he believes the levy has had more of an impact on local buyers who are waiting to see how prices are affected.

"I actually think it took a lot of the demand on the local side out, not so much the foreign side," he said. "Nobody wants to buy in at the top of the market, so everyone is thinking this could be the thing that changes everything."

RBC senior economist Robert Hogue said a number of data sources have confirmed a sharp drop-off for the first half of August but it will take months to see whether the initial blow will be sustained.

He said the market had already begun to cool after an all-time high in February for a number of reasons, including a lack of affordable homes that was hurting demand.

The provincial government had also begun to signal a policy shift by beginning to collect data on foreign ownership earlier this year and ending self-regulation of the real estate industry in June, he said.

"Previously, the provincial government wanted to let the market work things out on its own, but then over the past few months -- and particularly with that 15-per-cent-tax -- it sent a signal that it might become more interventionist."

Hogue added that he doubted the tax would close the door permanently to Chinese buyers, because of their long-standing relationship with Vancouver.

"I would not think that this is the end of that decades-long love affair. It might be a bit of a temporary break," he said.

A statement from the Finance Ministry said it would be premature to speculate what effect the tax may have on the market. The intent of the tax is to slow the rate of price growth and cool demand while the housing market responds by building new homes to meet local needs, it said.

"Our priority has always been to put British Columbians first -- and that includes making sure they are able to find an affordable place to call home."