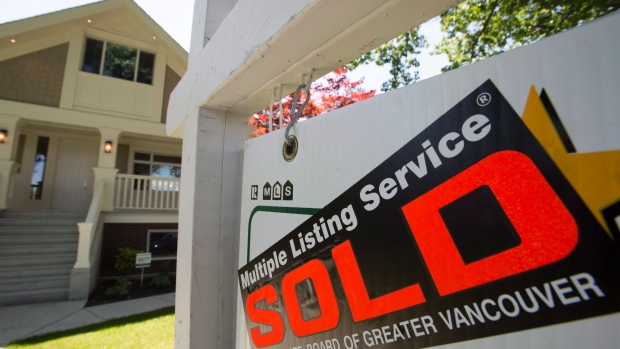 The data comes a month after the B.C. government implemented a 15-per-cent tax for foreign buyers in Metro Vancouver in an effort to cool down one of the hottest real estate markets in North America.

Dan Morrison, president of the real estate board, says it will take a few more months before the impact of the new tax on the housing market can be assessed.

Morrison says the record-breaking sales seen earlier this year have been replaced by "more historically normal activity" in July and August.

"Sales have been trending downward in Metro Vancouver for a few months," he said in a news release. "The new foreign buyer tax appears to have added to this trend by reducing foreign-buyer activity and causing some uncertainty amongst local home buyers and sellers."

“I’m guessing roughly 30-40 per cent of the decline is based on the tax,” Tal told BNN in an interview. “I don’t think [the tax’s impact] is trivial, but clearly it’s not responsible for the 26 per cent drop; there is much more to it. This city, this province, is experiencing a full-scale affordability crisis.”

While sales were down, the real estate board also reported that the composite benchmark price for all residential properties in Metro Vancouver was $933,100, a 31.4 per cent jump compared to August 2015. Prices are up 4.9 per cent over the last three months.

New listings for detached, attached and apartment properties in Metro Vancouver totalled 4,293 in August, a slight increase of 0.3 per cent compared to the 4,281 units listed for the same month in 2015. But the total number of new listings was down 18.1 per cent from July.

The real estate board says it is still a seller's market based on the data released Friday.

Observers said Thursday they expected an initial shock from the tax but sales are likely to rebound over time, pointing to the region's strong cultural ties with China as well as a robust local job market.

RBC senior economist Robert Hogue said a number of data sources had already confirmed a drop-off for the first half of August but it will take months to see whether the initial blow will be sustained.

He said the market had already begun to cool after an all-time high in February for a number of reasons, including a lack of affordable homes that was hurting demand.

The provincial government had also begun to signal a policy shift by beginning to collect data on foreign ownership earlier this year and ending self-regulation of the real estate industry in June, he said.

Previously, the provincial government wanted to let the market work things out on its own, but then over the past few months -- and particularly with that 15-per-cent-tax -- it sent a signal that it might become more interventionist."

Hogue added that he doubted the tax would close the door permanently to Chinese buyers, because of their long-standing relationship with Vancouver.

"I would not think that this is the end of that decades-long love affair. It might be a bit of a temporary break," he said.

The government said it would be premature to speculate what effect the tax may have on the market. The intent of the tax is to slow the rate of price growth and cool demand while the housing market responds by building new homes to meet local needs, the Finance Ministry said in a statement Thursday.

"Our priority has always been to put British Columbians first -- and that includes making sure they are able to find an affordable place to call home."