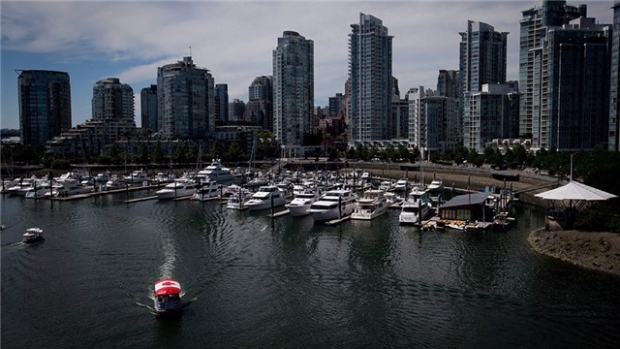 The proportion of Metro Vancouver homes left vacant or not used as a primary residence has almost doubled since 2001, a time when the region’s residential real estate sector increasingly became a magnet for both local and foreign investors, according to a new study based on 30 years of census data.

Numbers crunched from the past seven published censuses show the percentage of these homes in and around Vancouver hovered around 3 or 4 per cent until 2006, when that jumped to just over 6 per cent and remained at that level until the last published census in 2011, said Andy Yan, acting director of Simon Fraser University’s City Program.

A breakdown of the 2011 data showed that 50,810 homes in the region were vacant and another 7,415 units were being lived in temporarily by people from other parts of Canada or other countries. Ottawa’s definitions and measures have changed over time, so no other census has been broken down like this, Mr. Yan said.

The City of Vancouver had the most of these units by far (22,169), but Surrey has seen its number almost quadruple over the past decade and a half to 11,139 units. Richmond and Burnaby, the other two cities Mr. Yan studied over the 30-year period, also had the number of units left vacant or used as non-primary residences double.

He also examined smaller census tracts and found pockets of these units in communities such as Bowen Island, where he suspects many are vacation homes, and Langley, where they may be used by seasonal farm workers.

“A really important point is to show that this isn’t just a City of Vancouver phenomenon and that it does occur in other parts of the region,” he said.

His estimates of empty and underutilized units in Vancouver are double the 10,800 found by a city-commissioned study, which was published this year before council proposed its own vacancy tax.

That analysis examined BC Hydro electricity data for the city’s 225,000 homes over a decade and found that by 2014 just under 5 per cent were empty for a year or more.

The two studies use very different methodologies, “vastly different data sets and vastly different standards” as to what constitutes an empty home, Mr. Yan said. He added that he is very interested to see what the 2016 census shows next spring.

Mayor Gregor Robertson, who has criticized some of Mr. Yan’s tracking of foreign home ownership in his city, said this latest study reinforces his government’s commitment to penalizing those who leave properties vacant.

“Seeing data that demonstrates there may be even more underutilized homes than BC Hydro suggests gives us more reason to aggressively move on the empty homes tax,” Mr. Robertson told The Globe and Mail Tuesday.

“We certainly hear, anecdotally, concerns about empty homes in various neighbourhoods, and now the body of evidence is building, so that helps.”

The B.C. government passed legislation in the summer allowing Vancouver to impose a tax on empty homes, which the city argues are taking up housing that could be rented out.

The province has said it will consider similar requests from other cities.

West Vancouver staff are in the process of preparing a report into the phenomenon, and its city council hopes to consult the public this year on proposing a higher rate of property tax on anyone who does not claim their home as their principal residence, according to Councillor Craig Cameron.

“Naturally, if we have conclusive proof there is an issue, there will be significant pressure to do something about it,” he said.

A changing global economy, low interest rates and an influx of investors into the market likely contributed to the trend, but more research is needed into why there was an uptick in these units, Mr. Yan said.

“My agenda is not controversy, but an attempt to understand how cities work in a 21st-century global economy and how that can inform policy,” he said.