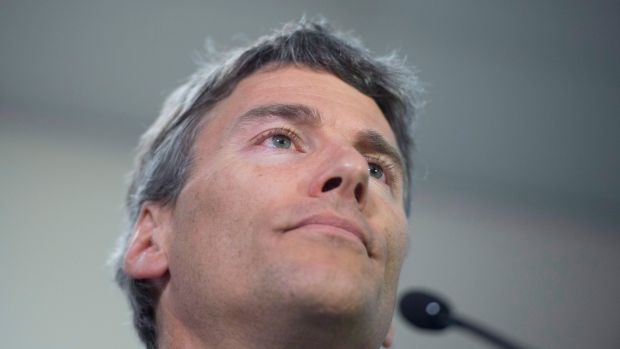 Vancouver’s mayor says middle-income earners who want to live in the city need to adjust their expectations about home ownership.

With the average home price far out of reach of the average family, Gregor Robertson said he is pursuing policies he hopes will boost the supply of rental properties in the city.

“It is about adjusting expectations, but lots of big cities, New York, even Montreal, the vast majority of people rent,” Robertson said in an interview airing on the next episode of BNN’s “House Money.”

“That’s been the trajectory for big cities that people want to live in, and where there are great job opportunities as well.”

Vancouver’s housing market is the least affordable in Canada by several measures, including an index published by the Royal Bank of Canada. The bank found the typical Vancouver family would have to spend 90 per cent of its gross income to carry a median-priced home.

“There are still opportunities in the condo market. I’d say that it’s not a goner yet,” Robertson said on the sidelines of the Toronto Housing Summit.

Still, there’s a big problem with renting in Vancouver: Vacancy rates are below one per cent.

For the full interview with Robertson and why he thinks businesses like Airbnb are part of the problem, watch “House Money” on Tuesday, Oct. 4 at 5:30 p.m. ET (2:30 p.m. PT).