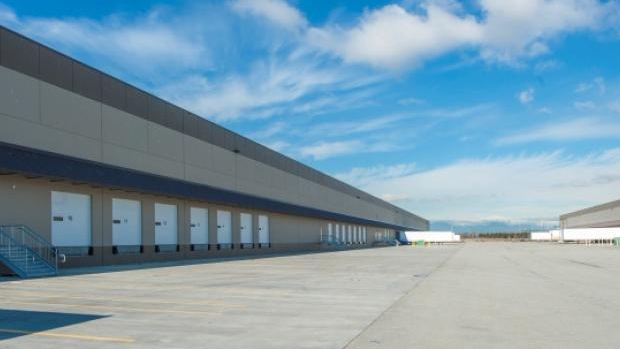 Under the agreement, Blackstone will pay $8.10 per unit in cash for Pure (AAR.UN.TO).

The units closed at $6.72 on the Toronto Stock Exchange on Monday.

Pure surged more than 20 per cent on Tuesday morning to $8.11 a share following the announcement of the deal.

Pure says the deal has the unanimous support of a special committee, as well as the trust's full board of trustees.

The deal requires approval by a two-thirds majority vote by unitholders as well as court and regulatory approvals.

Pure owns and operates a portfolio of industrial properties in markets across Canada and in the United States.