Guess which city managed to top a luxury real-estate ranking despite a slew of cooling measures to tame its property market?

Yes, the tiny island nation of Singapore, nudging out Hong Kong. Luxury home prices rose 13 per cent in the quarter ended Sept. 30 from a year earlier, according to Knight Frank LLP’s Prime Global Cities Index. Gains were driven in part by the limited availability of high-end properties.

For those with less cash to splash, there is some good news. The price of luxury properties globally rose by 2.7 per cent on average across the 43 cities tracked, the weakest performance in annual terms in almost six years.

Cities in Europe had a rather mixed performance with some, such as Edinburgh and Madrid doing quite well, which placed them among the top five. Others like London moved into negative territory, with luxury prices dipping 2.9 per cent amid continuing uncertainty around Brexit.

Paris and Berlin, meanwhile, swapped spectacular for steady, with gains of 5.6 per cent and 5.4 per cent respectively.

Dubai joined London among the decliners with prices falling 3.8 per cent, making it the fifth-worst perfomer. Tying for second-worst place were Stockholm, Istanbul and Taipei, all registering 6.3 per cent declines in the third quarter from a year earlier.

Vancouver was hit hardest, with prices there down 11 per cent as upmarket pockets like West Vancouver witnessed a marked slowdown in sales. 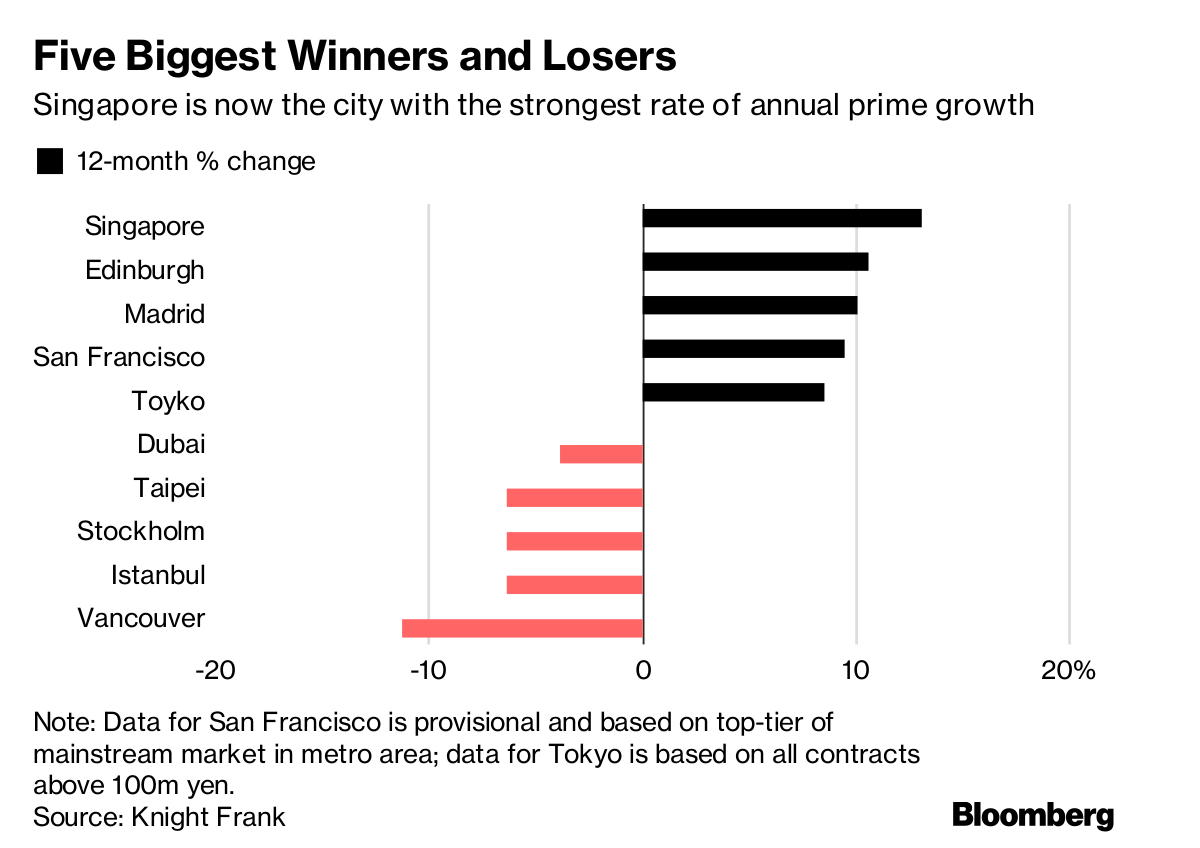