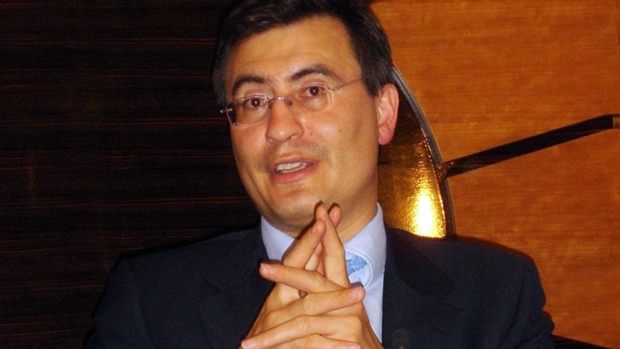 Vanguard Group Inc., one of the world’s largest money managers, says it cares “deeply” about the long-term impact of climate change. It joined an investor group that’s announced a net zero-emissions target and oversees pension funds for technology companies, where employees have a long tradition of being environmentally conscious.

But Vanguard, with $8.1 trillion in assets, is falling short on addressing climate through its investments relative to its biggest rivals, including BlackRock Inc., the think tank Universal Owner said. According to its analysis, Vanguard has just one employee to monitor climate issues for every 300 of its portfolio companies and lacks a policy to divest some funds from coal producers. The group also said the asset manager has lent millions of dollars to tar sands companies, whose projects are among the most harmful to combatting global warming.

As such, Vanguard stands to lose $3 trillion by 2050 from its U.S. equity investments by failing to act on climate change, Universal Owner said in a report released Sept. 22.

“Vanguard isn’t understanding its position in the market,” Thomas O’Neill, director of Universal Owner, said in an interview. “It should be focused on stewarding the whole market,” he said, referring to how money managers vote on shareholder resolutions and talk with companies to persuade them to change their ways.

“Its decisions about where to allocate capital and what shareholder resolutions to support have a tectonic influence on the real economy,” Universal Owner said in the report. The think tank, with offices in London and Edinburgh, says it seeks to systemically change the financial industry on climate change and biodiversity issues through data-driven analysis.

Universal Owner said corporations profit from carbon-intensive projects because most of the costs are borne by third parties and spread across the globe. “But if Vanguard holds equity in that company, those costs are not simply borne by third parties, but to a significant degree, by the rest of its portfolio,” Universal Owner said. “In principle, this means that universal owners like Vanguard have a deep-seated interest in decarbonization.”

Vanguard, based in Malvern, Pennsylvania, said in response to the report that it has an “experienced and growing investment stewardship team” that “seeks to manage and identify climate-related risks” by speaking with corporate executives and boards, as well as through proxy voting.

“We have and will continue to outline our expectations for companies where climate change is a material risk, including the need to establish climate-competent boards, demonstrate how climate risk is integrated in their long-term strategic planning, and effectively disclose climate-related targets, actions and outcomes,” Vanguard spokesperson Alyssa Thornton said in a statement. “We have made a concerted effort to further disclose our engagements with companies on climate change risks and inform investors of our rationale for key votes on environmental and climate-related shareholder proposals over the course of the proxy season this year.”

In the first six months of 2021, Vanguard Funds said it voted on 81 climate-related shareholder proposals and supported 43% of them. This includes support for 19 of the 23 Say on Climate proposals received over the course of the proxy season.

But in using the U.K. Stewardship Code 2020 as a benchmark, Universal Owner contends Vanguard’s ESG team is under-resourced, and that its stewardship budget is about 0.16% of its gross asset management fees.

The think tank also said Vanguard’s ESG funds aren’t working effectively to decarbonize its investments. Those funds represent only 0.1% of its total assets under management while about 94% of new money is flowing into Vanguard’s mainstream non-ESG funds, Universal Owner said.

Vanguard has “effective” ownership of assets responsible for producing 40 million tons of coal a year and 1.5 billion barrels of oil from the Alberta tar sands, according to Universal Owner. The money manager has lent at least $7.6 billion to coal companies through the bond market, with $3.6 billion of those bonds set to be refinanced over the next ten years, the think tank said.

Universal owner said that, through Vanguard, tech industry employees own pension assets that are responsible for 10 million barrels of Alberta tar sands oil a year and have provided more than $15 million to its producers by investing in their bonds.

The think tank suggested a series of steps Vanguard should take to better align itself with the Paris climate agreement. They include divesting its active funds from companies that make a large share of their revenue from thermal coal or tar sands; increase funding of its stewardship group so that it can engage with corporations more effectively across its investments; vote in favor of climate-critical shareholder resolutions; and increase collaboration with other large investors in groups such as Climate Action 100+, which is pressuring the world’s largest carbon producers to cut their emissions.

“Where our research and engagement identify companies that are not moving in line with market regulation or taking the necessary action to mitigate climate risk, we will take action on behalf of Vanguard funds and in line with our published voting policies,” Vanguard’s Thornton said.

“Vanguard has joined the Net Zero Asset Managers Initiative, but is failing to take meaningful action on climate,” he said in a press release accompanying the report. “Asset owners and regulators need to act on this greenwashing.”