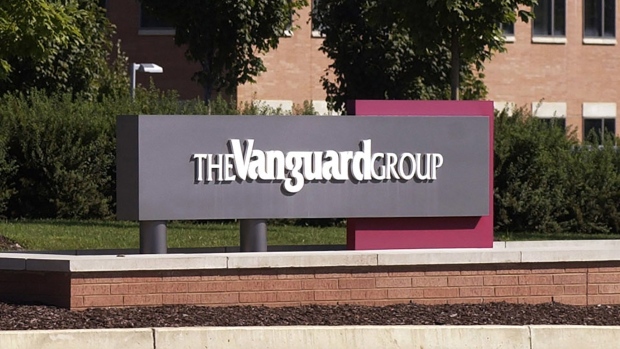 (Bloomberg) -- One of Vanguard’s exchange-traded funds has just taken the crown for the biggest annual inflow, giving the issuer an edge over competitors within the $6.8 trillion U.S. industry.

Investors have poured $41.1 billion into the Vanguard S&P 500 ETF (ticker VOO) so far this year, surpassing the 2008 record of $39.5 billion held by State Street’s SPDR S&P 500 ETF Trust (ticker SPY). Vanguard also issued the next four ETFs with the most inflows this year, as of data reported Tuesday.

“2008 was the year that made ETFs, because people saw they could handle a real crisis and provide liquidity,” he said. “So for VOO to pass that record is pretty big.”

It’s been an unprecedented year for the industry as investors poured more cash in U.S.-listed ETFs in the first seven months of the year than in any full calendar year on record. The influx comes as shareholders have been looking to ride the stock market rally on the economy’s rebound from the pandemic.

SPY is the biggest ETF in the U.S. industry, but VOO and BlackRock’s iShares Core S&P 500 ETF (ticker IVV) have been gaining ground. SPY has an expense ratio of 0.095%, while VOO and IVV both have fees of 0.03%.

“With ETFs that track the same index, retail investors in particular are making the right decision and paying as little as possible,” said Todd Rosenbluth, head of ETF and mutual fund research at CFRA.

VOO is a share class of the Vanguard 500 index fund, and its flows may have been getting an extra kick from investors migrating to it from the mutual fund share class, Balchunas said.

But still, “what’s special about Vanguard is they have such trust built up,” he said. Since Vanguard had been lowering fees before many others, “they were just completely branded as the low cost provider, and that still pays off.”