Asset-management giant Vanguard Group is shutting down one of its U.S. exchange-traded funds for the first time.

The US$39.7 million Vanguard U.S. Liquidity Factor ETF (ticker VFLQ) will be liquidated in late November, the firm said in a press release Monday. The fund “has not gained scale since its 2018 debut,” Vanguard said.

The closure will be the first and only liquidation of an American ETF for the Jack Bogle-founded firm since the US$244 billion Vanguard Total Stock Market ETF (VTI) launched in 2001.

Malvern, Pennsylvania-based Vanguard controls nearly US$1.8 trillion in assets across 82 U.S. ETFs and is known chiefly for its ultra-low cost, index-hugging funds. Actively-managed VFLQ, which carries a fee of 13 basis points, was an “odd fit” from the get-go, according to VettaFi’s Dave Nadig.

“It’s not super surprising that they’d close the laggards down,” said Nadig, financial futurist at the data provider. “As for why now? Nobody cares when you close products in a bear market.” 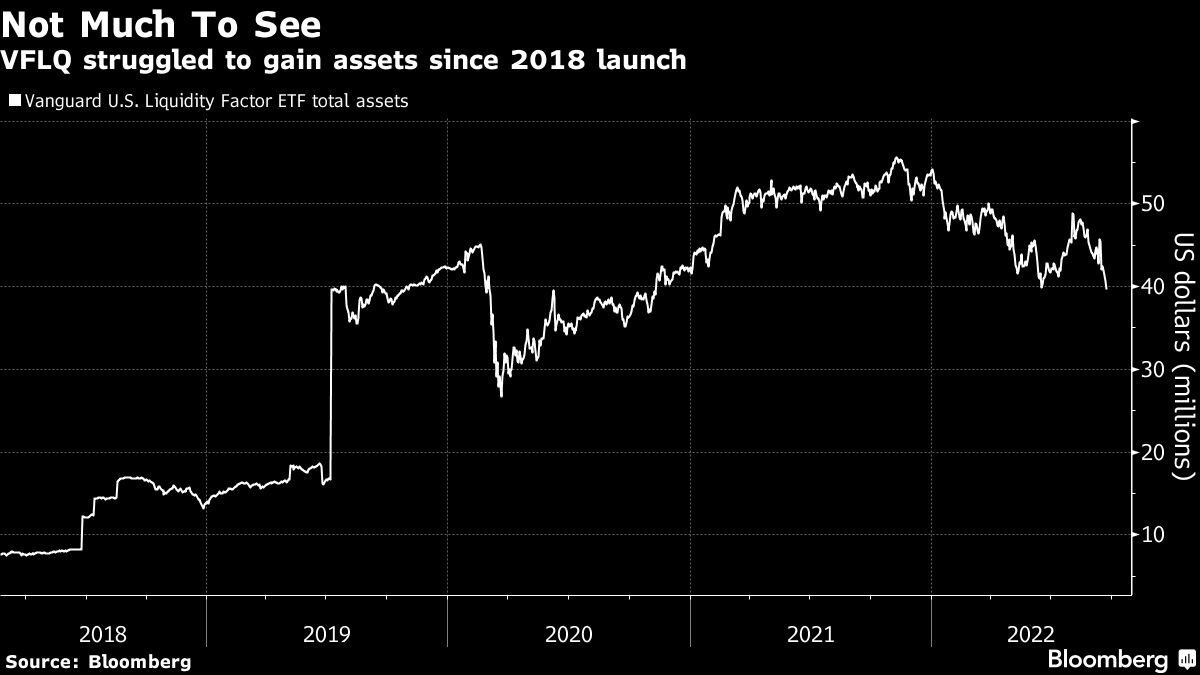 The liquidation comes as volatility ripples across asset classes, with central banks around the globe attempting to cool red-hot inflation. That turmoil is showing up in the US$6 trillion ETF industry, where 91 funds have shuttered so far this year compared with just 71 closures for all of 2021, Bloomberg data show.

VFLQ, which seeks to take advantage of the premium associated with less-liquid stocks, has lost about 23 per cent this year. That compares to a 22 per cent loss for the S&P 500 Total Return Index.

Vanguard’s decision to delist VFLQ also illustrates how crowded the ETF industry has become, in the eyes of Morningstar’s Ben Johnson.

“If the K-Pop ETF and filings for double-levered AMC ETFs weren’t good enough indicators that the ETF market is getting oversaturated, then maybe this Vanguard news will send a clearer signal,” said Johnson, Morningstar’s head of client solutions for asset management.