They’re probably among the most boring exchange-traded funds out there. Balanced-portfolio or multi-asset ETFs mix stocks and bonds and rebalance regularly, allowing investors to “set it and forget it.”

But in the two years since being introduced to Canada, they’ve grown at a blistering pace. Assets under management reached $3 billion at the end of 2019 after monthly accumulations of about $100 million last year, according to a report published by National Bank of Canada.

“With these funds what you’re really paying for is a bundling fee,” said Daniel Straus, vice-president of ETFs and financial products research at National Bank of Canada. “They give you the convenience of five or six ETFs forming a global portfolio with a single click, one single order.”

The Vanguard Balanced ETF was the first of its kind in Canada when it launched in February 2018, with fees as low as those in the U.S. which had been around for at least a decade. The fund primarily invests in equity and fixed-income securities through seven other ETFs, giving it the nickname the “ETF-of-ETFs.” Following Vanguard’s successful launch, Bank of Montreal, BlackRock Inc. and Horizons ETFs Management followed suit.

“The incorrect perceived wisdom was that ETF investors are asset allocators themselves and prefer to use building blocks on their own custom basis,” Straus said by phone. “That’s certainly true for some but it does turn out that these products were very successful upon launch and they have found a variety of users.”

The “multi-asset mania” in Canada follows their creation about 10 years ago in the U.S. with ETFs like BlackRock’s iShares Core Growth Allocation ETF, Straus said. The VBAL ETF has a 24-basis-point management expense ratio and has seen net inflows every single month since it started, according to data compiled by Bloomberg.

“It’s not just the fact that the MER is low. If you were to try to do this yourself, you would have to pay potentially on all six of the underlying ETFs and then rebalance them periodically,” Straus said. 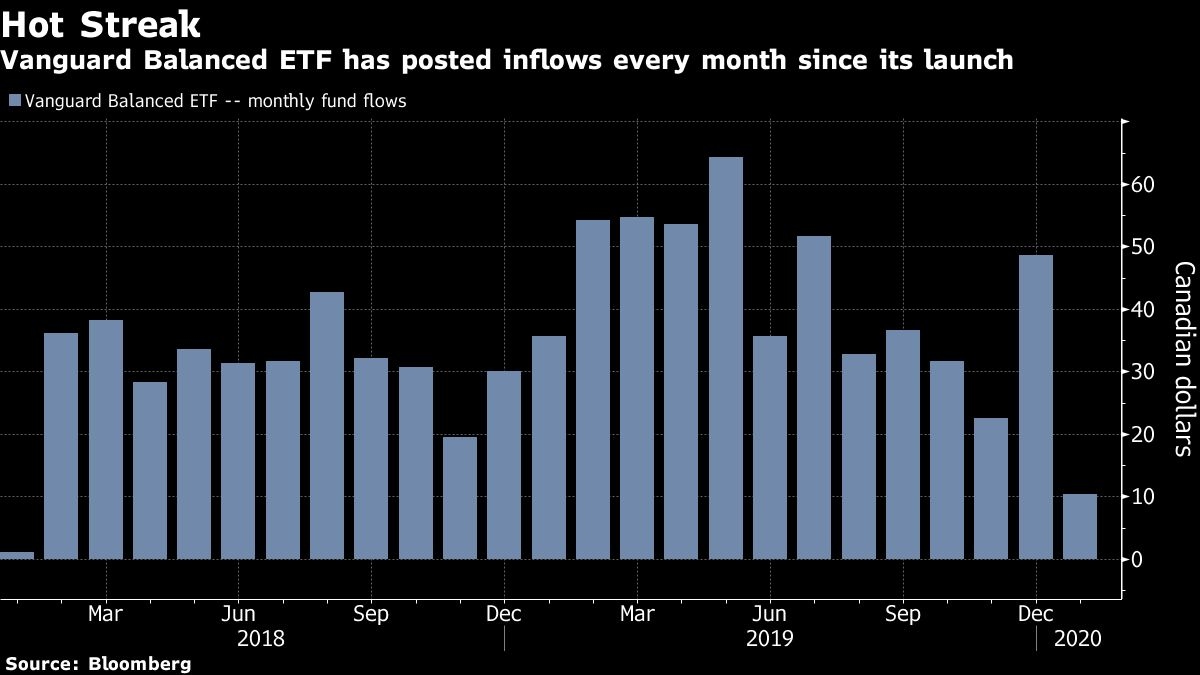